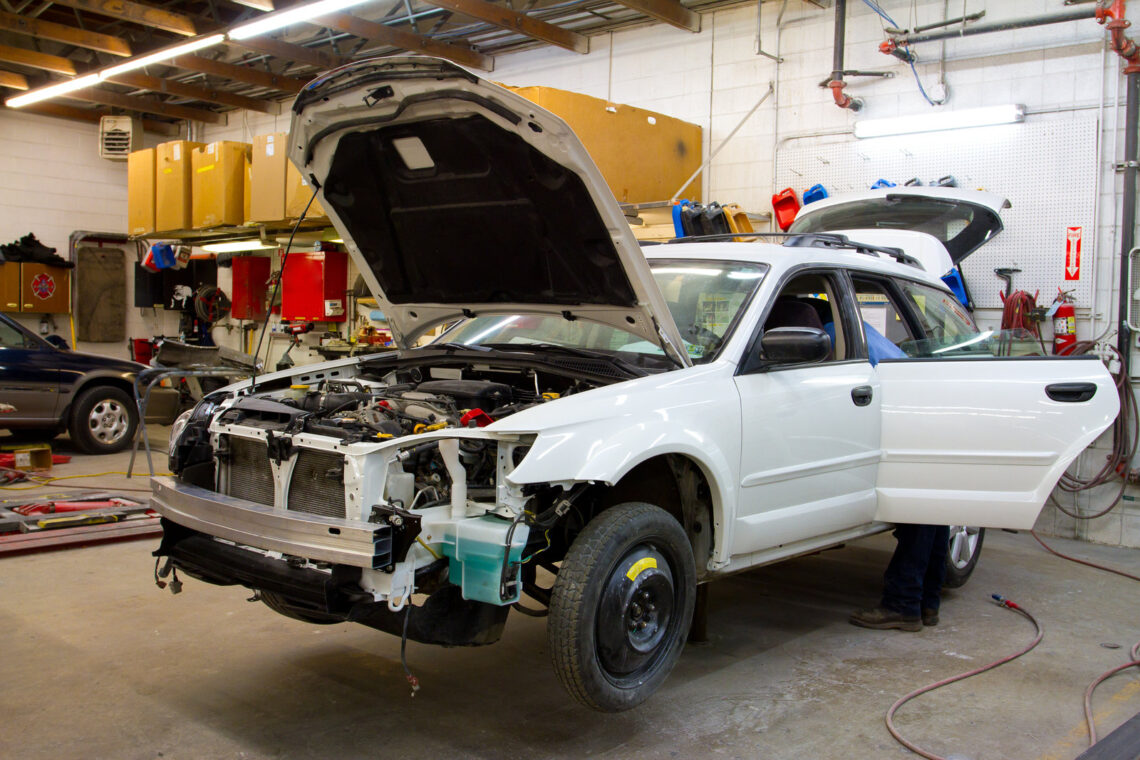 Your car’s ABS system works to control braking pressure so your car can slow down and stop without skidding. Like any car part, your ABS system can wear down over time and will eventually need to be replaced.

Overall, it costs approximately $1,000 to replace an anti-lock braking system control module and $200 per wheel sensor. So for a typical car with four-wheel sensors, you can expect to pay about $2,000 total for an ABS system repair.

To help you out with repairs, we put together this comprehensive article on the average cost of a replacement ABS system. We will cover the costs of ABS control modules and wheel sensors.

What is an ABS System?

Anti-lock braking systems (ABS) are meant to prevent your wheels from locking while pushing the brakes. Under normal operation, when you press on the brake pedal, the calipers shut and put force on the brake rotors, slowing the spinning of your wheels.

However, if the clamping is too strong, then the wheel will not make enough traction with the ground and will stop spinning. Your ABS module exists to adjust brake caliper pressure, so your tires will not completely stop spinning.

The module has sensors that detect the speed of your wheels. When your wheels start to spin very slowly, the modules slightly release the calipers so the wheel can turn under friction from the road.

Your ABS module performs this task several times per second, so the wheel can maintain good traction. If your tires lock while braking, it can be very difficult to control your car as your tires might slip on the ground rather than roll.

Your ABS works to lower braking distances and helps you stop quickly without skidding.

How Much Does it Cost to Repair an ABS System?

The control module is the main control unit for the system. The module is a small computer that detects and analyzes information from the wheel sensors and determines when to apply and release braking pressure.

The price for control modules can vary greatly depending on the make and model of your car. You can expect to spend approximately $1,000 on average for a new control module. The typical price range is between $800 to $2,000.

Most of this cost is in the price of parts, not labor. ABS modules are processors, and they can cost a premium, especially on cars with advanced onboard computers. Below is a table showing the cost of replacing a control module for several popular car models.

As you can see, the cost for modern cars with advanced onboard computers is a good deal higher. Generally, labor costs for control modules are not very high. Replacing the part is relatively simple but the advanced tech increases the price.

The other major part of your ABS system is the wheel sensors. Wheel sensors detect the speed of your wheels and send the data to the control module, which then decides whether to engage the brake calipers or not.

Most modern cars have four-wheel sensors. You don’t necessarily have to replace all of them at once, but you might want to consider if you have had your current set for over seven years.

The typical cost for a wheel sensor is about $200 each. The typical range is between $80 to $300. Below is a table showing the average costs for various popular models of cars.

Wheel sensors are fairly cheap. Most modern cars have four sensors, but some older models may only have two. So make sure you know how many sensors your car has before you buy any.

Here are the most common signs of a broken anti-lock braking system.

The most obvious sign is if you find your brakes locking. If you slam on your brakes and notice that your wheels lock and won’t turn, then the problem is almost certainly your ABS module.

If you notice that only one tire seems to be locking, then the module sensor or one of your brake calipers could be broken.

Another sign of a broken ABS module is if your brake pedal won’t engage properly. It could be that your ABS sensors are calibrated incorrectly, and they are keeping the calipers from closing, making it harder to push on the brake pedal.

If the brake pedal is difficult to press down, it could also be a problem with your brake fluid.

Your ABS module, while not responsible for the speedometer, is connected to the speedometer so it can register changes in wheel speed and still represent an accurate speed.

If you notice that your speedometer is not working or is obviously incorrect, then the problem could be a broken ABS sensor.

Newer cars have indicator lights on the dashboard when something has gone wrong. Modern cars have a small yellow light with the letters “ABS” that turns on whenever it senses something wrong with the braking system.

Sometimes, your anti-lock brakes will still work even though the light is one. If the light goes on, take your car in for service to see if you need a repair.

The traction control system uses a valve in the ABS module, so if the module is broken, then your traction system may not work properly.

What does an ABS system do?

An ABS system prevents your wheels from locking when you apply the brakes. As you brake, the ABS system alternates the braking calipers open and close so your wheels can maintain traction on the road.

Your anti-lock brakes make it easier to control your car when slowing down or stopping.

How much does it cost to repair an ABS system?

It costs about $1,000 on average to replace an ABS sensor while sensors cost about $200 each. So for a typical car with four-wheel sensors, it will cost about $1,800 to replace your anti-lock brake systems.

How long does an ABS system last?

A typical ABS system will last around 100,000 miles. If your ABS starts to break down, you may notice difficulties braking, slowing down, or controlling your car. If you work your brakes particularly hard, your system could break down in 50,000 miles or less.

Can I replace my ABS system on my own?

Most likely not. If your car uses a modern control module, then you will need to program the new device which is hard to do without special equipment. Also, you may need special tools to access the sensors and module, depending on the type of car you have.

Your ABS system is an important component of your car’s braking system. Without an ABS system, you can lose control of your car while braking. So, it’s in your best interest to get it fixed as quickly as possible.

As always, make sure that you get quotes from several mechanics to get the best price possible.