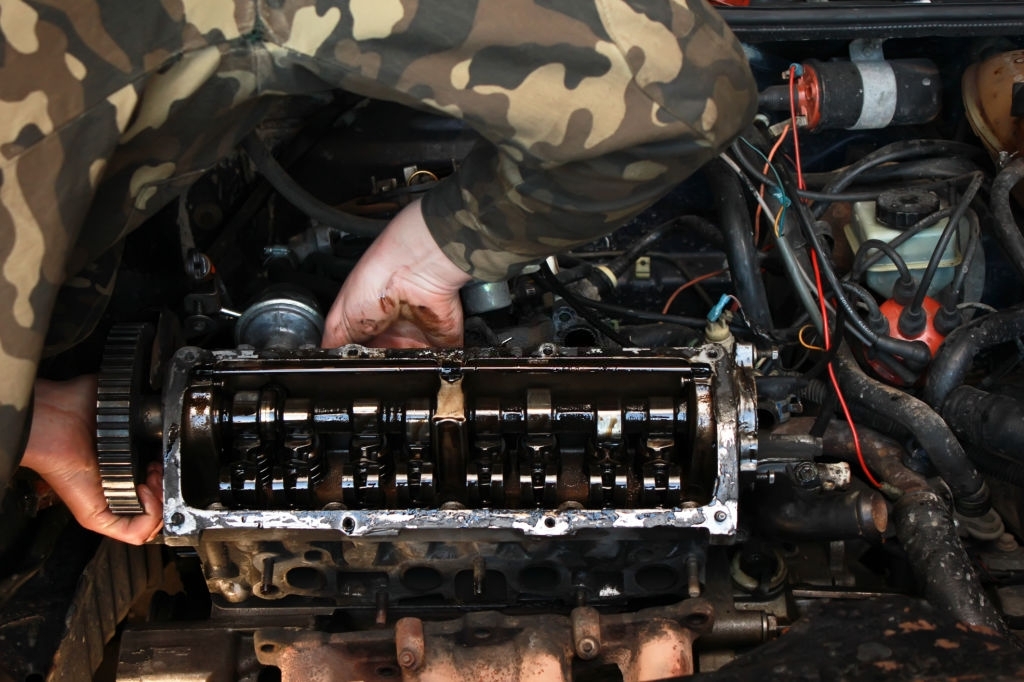 If your 5.7 Hemi is giving you an engine misfire code, there is a possible chance that one or multiple of your lifters have gone bad. Having a broken lifter may not be an immediate sign of trouble, but not replacing your lifter as soon as possible could end up costing you a lot more in the long run.

The average cost to replace a single 5.7 Hemi lifter at an auto shop is around $750. However, this price can vary depending on the shop that you take your car to.

Most shops will charge anywhere from $450 to $1,000 for the first lifter replacement, so getting multiple quotes is important.

If you are comfortable doing the work yourself, the cost of parts for all 16 lifters will be around $500.

You will also need a new set of gaskets which can be found for about $50 on the low end and $250 on the high-end. The total cost to do the job yourself is around $800.

No matter who replaces your lifters, it’s essential to have them adequately lubricated when they are installed. Lifter damage is often caused by a lack of lubrication and incorrect installation.

Replacing the lifters without properly lubricating them can lead to premature failure and even more expensive repairs.

We will walk through some key things you should know about your 5.7 liter Hemi lifters replacement and the cost.

What Are Lifters for in my Engine?

Lifters are small, cylindrical pieces in an engine that help maintain valve control. They are commonly made of aluminum or iron and sit in the lifter galley between the cam lobe and the pushrod.

As the cam lobe moves, it pushes on the top of the lifter, which then pushes down on the pushrod, which opens the valve. The lifter then bounces back into its original position, ready for the next cycle.

Multiple different types of lifters can be used in various kinds of engines. Without lifters, pushrods would not be able to open the valves to let fuel and air into an engine.

The various types of lifters that can be used in an engine are hydraulic, mechanical, and roller lifters. Every kind of lifter uses a different method to open the valves.

Signs my Lifter(s) Are Failing

If your 5.7 Hemi gives you a cylinder misfire code and you’ve had the ignition coils replaced, one or more of your lifters has likely gone bad. You can expect to see an engine with multiple failed lifters start shaking, ticking, and backfiring while driving, which will worsen over time.

In addition to a cylinder misfire code, you may also see one or more of the following codes:

In addition to a cylinder misfire code, you may also see one or more of the following codes

These codes are all caused by the same issue, so replacing one or more of your lifters can solve these issues. If you see any of these codes, it’s necessary to have your vehicle serviced as soon as possible.

What are the Symptoms of a Bad Lifter?

Besides the codes mentioned above, you may also experience some or all of the following symptoms

If you experience any of these symptoms, your 5.7 Hemi may have a faulty lifter(s), leading to more severe problems if not taken care of immediately.

How Do You Know Which Lifters Are Bad?

The best way to determine which lifters are deficient is to have a diagnostic scan performed on your vehicle. This will give the technician a better understanding of where the misfire is coming from. They will then isolate which cylinder(s) are having issues and replace the appropriate lifters.

If you’re thinking about replacing the lifters yourself, consider using professional-grade engine flush and cleaning products that will remove the excess oil and dirt from your 5.7 Hemi engine.

This is especially important if your engine has high mileage on it and may be one of the reasons you’re experiencing lifter failure.

The best way to tell if your lifters are failing is to first determine if your vehicle has a misfire, especially on startup. If the misfire does not go away after running for some time, you could have failed lifters.

As mentioned earlier, codes typically indicate these issues but may also be evident through irregular engine noise and loss of power.

How Long Can You Drive With Bad Lifters?

You can expect to drive with bad lifters for around 50-100 miles before you start experiencing very noticeable problems.

If you continue driving your vehicle after 100 miles, you may experience severe engine damage and require a rebuild or replacement.

If this is the case, you can expect to pay around $4,000-$6,000+ to have your 5.7 liter Hemi engine replaced, which is why it’s crucial to have your lifters replaced as soon as possible.

The cost of an engine replacement by a mechanic can be from $5,800 to $13,000, depending on the mechanic and if they put in a brand new engine or rebuild the old one.

What Can Happen if I Don’t Replace My Lifters?

If you do not replace your lifters, the engine will run rough and misfire constantly. It’s also likely to knock loudly while running, leading to piston head damage if this goes on for too long.

The lifter comes in direct contact with multiple moving parts inside the engine, and if these parts collide, it will create a lot of friction.

This can quickly wear out the lifter and other engine components. Replacing your lifters is a much cheaper alternative to repairing or replacing other damaged engine parts.

How Much Does it Cost to Replace the Lifters in a 5.7 Hemi?

Since this is a labor-intensive process, the total time spent replacing them will range from 6-10 hours. If you have a high-mileage engine, it’s recommended that you also use professional-grade engine flush and cleaning products to clean out the old oil and dirt.

If you’re not comfortable doing this yourself, most mechanics should be able to do the job for around $1,500. This price range can vary depending on where you live and their overall experience with the 5.7 Hemi engine.

Note: Some mechanics will give you an estimate without checking to see which lifters are damaged or if all of them need replacing, but that is generally backward for this job.

Some car parts shops may offer a convenient package deal if they carry the products you need to replace your lifters, which is why you should call around and find out what each shop has to offer.

Cost of Replacing the Lifters on your Own

Replacing the lifters on your own will cost around $600-$1,000. This estimate includes all necessary replacement parts but does not include the tools you will need to complete the job.

Tools Needed to Replace the Lifters on a 5.7 Hemi Engine

To replace the lifters, you will need an adjustable wrench, box-end wrenches, and socket wrenches/ratchet for loosening and tightening fasteners with a ratcheting head.

Replacing All of your Lifters

Depending on how long you plan on keeping your car, you may need to replace all lifters at once or every other one. This job is much more manageable if you take your time and are careful not to damage any other engine parts.

If you’re only going to replace some of the lifters, it’s important to mark which ones have been replaced. This can be done with a permanent marker.

If your car has over 100,000 miles on it, it’s recommended you replace all the lifters at once. This will minimize the chances of future problems and ensure that your engine is running as efficiently as possible.

Cost of Having a Mechanic Replace Your Lifters

For the most part, replacing your lifters is a pretty straightforward job. If you’re not comfortable doing it yourself, you can always have a mechanic do the work for you, which will cost around $1,300-$1,800, including parts and labor.

The total time spent in the shop would depend on how long it takes to get all the tools and replacement parts. On average, a mechanic should complete this work in around 6-10 hours.

If you’re looking to save money, some mechanics may be willing to give you a discount if you have other work done at the same time. It’s always best to ask around and get a few estimates before making a final decision.

Replacing the lifters on a 5.7 Hemi engine can be daunting, but it’s not impossible. If you’re not comfortable doing it yourself, most mechanics should be able to do the job for around $1,500.

If you start noticing symptoms of lifter failure, such as a ticking noise under the hood or reduced power, it’s best to get them replaced as soon as possible.

Replacing your lifters will ensure your engine is running at its peak performance and will minimize the chances of future problems.