How Much Does It Cost To Replace Wheel Studs? 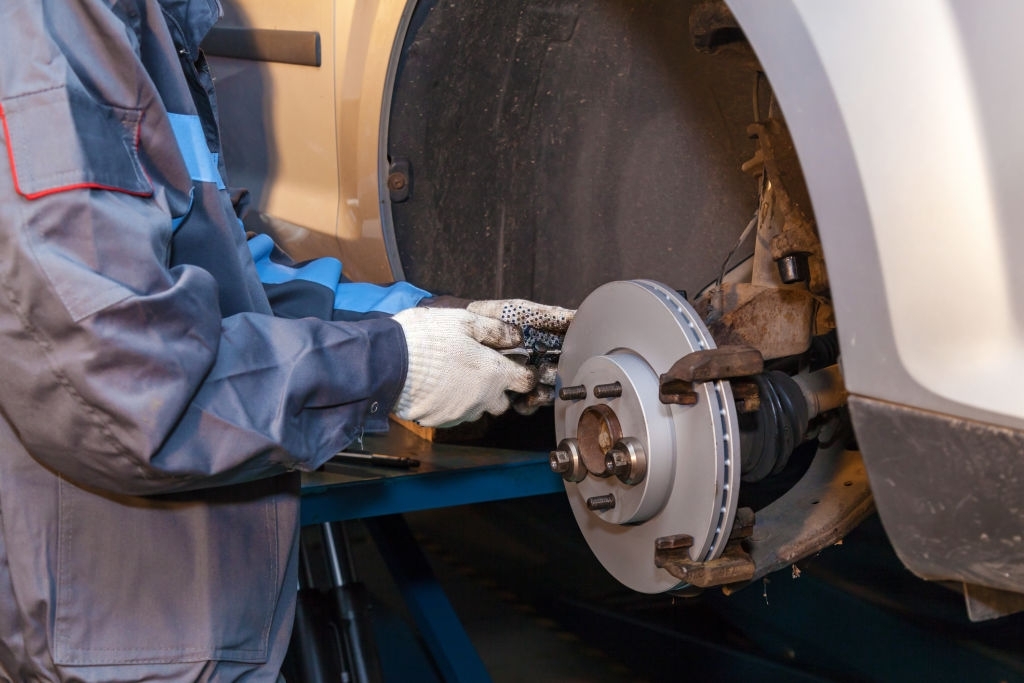 Wheel studs, sometimes confused with lug nuts, are bolts that allow the lug nut to secure the wheels onto the hub. It’s dangerous to drive with a damaged wheel stud, so it’s important to have it replaced right away.

It typically costs between $75 and $250 to replace wheel studs. The cost primarily depends on your vehicle make and model and where you take it for the work.

A luxury vehicle like a BMW may cost around $200, while a more common vehicle may cost closer to $80.

Wheel studs themselves are not very expensive, but having one (or all) of them replaced on your vehicle can cause the price to go up significantly.

Like most vehicle repairs, the make and model is the biggest factor in estimating the price to replace the wheel studs.

Where you take it for the work will also have a significant impact, since most of the cost is related to labor.

Taking your vehicle to a dealership is almost always more expensive than taking it to a local garage or chain repair shop. If your vehicle needs other repair work done, that will also push the price up higher.

The parts to replace wheel studs are typically inexpensive. On carparts.com, you can find single studs priced at around $5 or $6.

They’re also sold in packs of 10, which are priced anywhere from $18 to $40. At a retailer like Advance Auto Parts, you can find replacement wheel studs for as cheap as $2 or $3.

If you don’t have a lug wrench, you can use a socket and ratchet set.

You can purchase a lug wrench for $25 or less. The tire rod end remover may cost anywhere from $17 – $30. If you don’t already own a socket and ratchet set, you can usually buy one for under $30.

All in all, you can buy all the parts you need for this project for around $50 or less. Of course, the cost of the parts from a garage will vary. However, it should be much less since they won’t be charging you to purchase the tools.

It’s also a good idea to purchase new lug nuts for each stud that you replace. Often the process of installing the new wheel stud will cause damage to the lug nut.

The labor to replace wheel studs is minimal and can usually be done in under an hour. However, the labor costs can vary quite a bit based on where you take the car to do the work.

If you’re already having tires replaced or other repairs are done on your vehicle, you can probably add on the wheel stud replacement without increasing the labor costs too much.

The cost will mainly be determined by the garage’s hourly rate. If you take the car to a chain repair shop or tire shop, it will probably be far cheaper than taking it to a dealership. On the other hand, you may find a better deal at a local garage.

On average, mechanics charge between $80 and $100 per hour for labor. Since this job probably only takes about 30-45 minutes, you should expect to pay under $100 for labor.

Most people will pay between $60 and $90 for labor to replace wheel studs.

Dealerships typically charge a full hour even if the job only took 30 minutes, so you should expect to pay the standard hourly rate.

When to Replace Wheel Studs

Wheel studs need to be replaced if they become damaged, break, or rust. If you get custom wheels for your vehicle, you may need longer wheel studs.

Despite the fact that they’re built to last for the lifetime of your vehicle, it’s a fairly common issue for wheel studs to break. Typically this occurs due to over-tightening of the lug nuts, rust damage, or even vandalism.

A very common problem is stripping the threads on the wheel studs while changing a tire. A wheel stud will almost never “randomly” break off without cause.

For example, in areas where the roads freeze and salt are applied to the roadways, the studs may become rusted and break more easily.

Or, if you live in an area where the roads are especially rough, it may cause other issues with your wheels and suspension that could contribute to problems related to your wheel studs.

When your wheel studs are damaged and need to be replaced, you may notice some of the following signs and symptoms:

If you see these signs, it’s important to have the issue taken care of as soon as possible, or you could be creating a potentially dangerous situation for your vehicle. 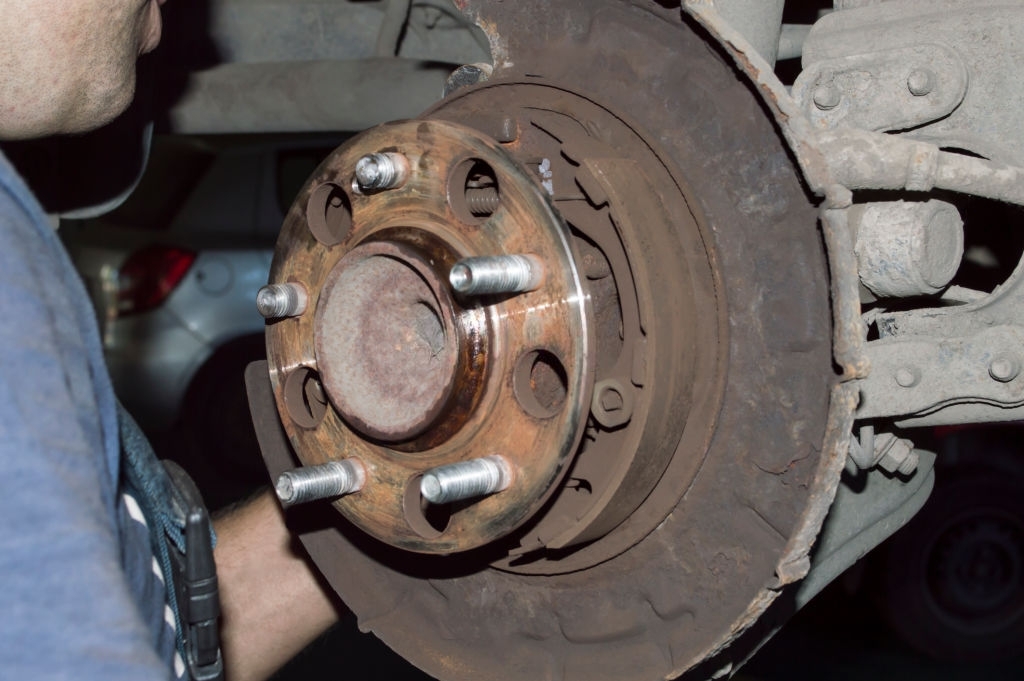 How to Prevent Broken Wheel Studs

Most often, broken wheel studs are due to human error. These parts are meant to last, and it takes a lot to break them. The good news is that damage to your wheel studs is largely preventable.

Here are some of the most common reasons for wheel studs to break and how to prevent it:

Lug nuts need the appropriate amount of torque applied equally across all four wheels. When lug nuts are under torqued, they may get loose and fall off.

Even if they stay on, the gap between where they should be tightened to and where they are will eventually damage the threads on the wheel stud. When they’re over-torqued, the stud may break from the excessive pressure.

If rust or dirt is present when mounting tires on the rim, it may lead to corrosion on the rim, rotor, or brake drum. Over time, this can allow for movement between the rim and rotor, which can eventually fracture the wheel stud.

Lug nuts should be hand-threaded onto the stud and rotated at least four times to ensure that they’re installed properly on the studs.

If you change your own tire (or sometimes even if a professional changes it for you), it’s easy to simply tighten the lug nuts back onto the wheel without completing this step. Installing the lug nuts correctly and also tightening them in a star pattern will help prevent damage to the stud threads.

Using an impact wrench on the incorrect setting or getting in too much of a hurry can cause this problem. It’s important to slowly guide the lug nut onto the stud.

If you live in an area where the roads are salted during winter, your wheel studs will be more at risk for rust damage. When the studs get rusted, it can be very difficult to remove lug nuts or place them correctly without further damaging or breaking the wheel studs.

If you live in an area where salt is commonly applied to the roadways, you should check for rust annually. If you see signs of rust on your wheel studs, you will want to replace them before they fail.

Replacing wheel studs is something that most people will never have to think about when it comes to maintaining their vehicle. However, if it becomes necessary, it’s not something that you should ignore.

Damaged or broken wheel studs can create a dangerous situation, so they should be replaced as soon as possible.

The good news is that replacing wheel studs is a fairly inexpensive repair. You may be able to do it yourself, but if you take it to a shop, it will most likely cost you between $79 and $115, depending on how long the job takes and how much the labor charges are.

The parts for the job are very inexpensive, with studs for most vehicles costing only a few dollars.

You may be able to find a better deal on the repair by shopping around and getting a few quotes. Remember, a dealership will likely be the most expensive place to go.

Any tire shop or chain repair shop should be able to do the work quickly and easily.