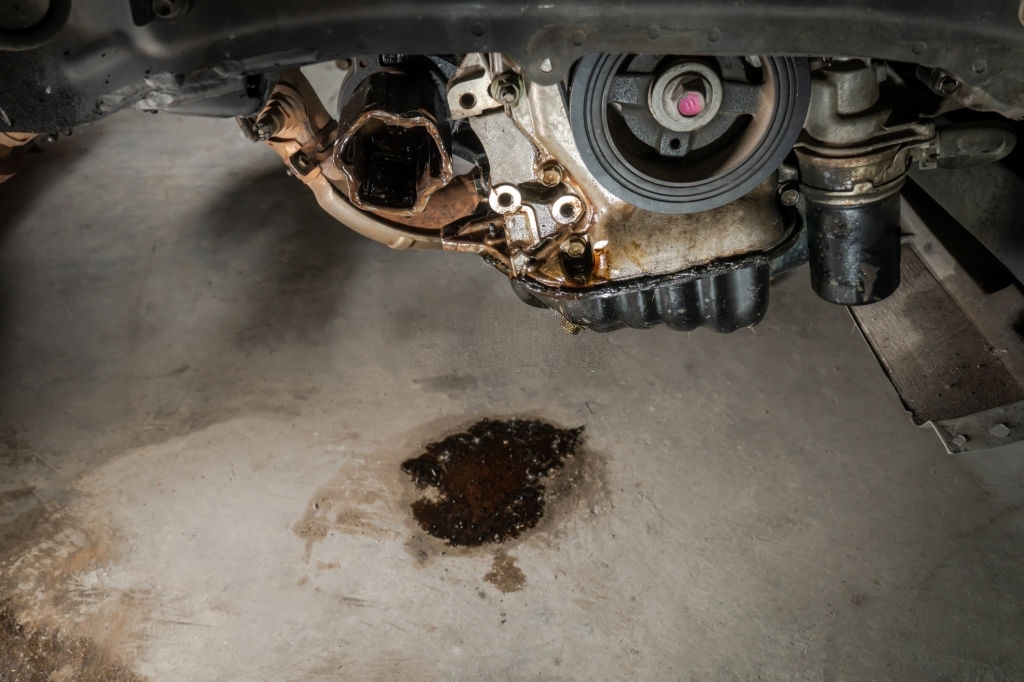 The transmission of your car is an important component that lets you switch gears to accelerate your car. Modern transmissions use a special fluid to lubricate their parts, which is kept contained by a series of seals located in the main driveshaft components. Front transmission seals are the most important seal in this setup.

On average, it costs about $300 to replace a leaking front transmission seal. The typical price range is between $150 on the low end up to $600 on the high end. Front transmissions are the most expensive seal to replace because they require the mechanic to disassemble a large portion of the transmission assembly.

The actual transmission seal is not difficult to replace, but the process takes a lot of time and labor because your mechanic will have to disassemble the transmission and potentially drain it of fluid first.

As such, most of your costs will be from labor, not parts. Overall, it will cost about $300 on average to replace a transmission front seal. The typical price range is $150 on the low end up to $600 on the high end.

Below is a table showing average prices for front seal replacement for various popular models of car.

Transmissions also have a rear output shaft that has its own seal. Rear seals have the same design as front seals and usually cost the same even though they are slightly larger.

But, the rear seal is more accessible so you won’t have to pay as much for labor. You can expect to pay about $200 on average to replace a leaking rear transmission seal.

Below is a table showing the average price for rear transmission seal replacement costs. These prices are average and are subject to change depending on the age of your car and your mechanic’s location.

Most transmission seals are made from some kind of plastic or rubber. Some are reinforced with metals like steel, copper, or aluminum. Gasket seals also tend to have a small spring around the inside. Rubbers hold up well to high heat, but synthetic materials such as silicone provide a stronger seal.

Your car’s age will also affect costs. Most modern cars use standardized seals that are more or less interchangeable. Older cars may require parts that have been discontinued.

Over time, oxidation and other pollutants can cause your transmission seals to degrade and lose pressure. They can also break due to mechanical stress from an accident.

Here are the most common signs of a broken transmission front seal.

Another common sign of a broken transmission is grinding noises coming from the transmission box. Transmission fluid acts as a lubricant so the parts can glide past one another.

Without fluid, the parts may start to scrape and grind against each other.

If you notice that it is harder than normal to shift your gears, then the problem could be a leaking transmission shaft. As the fluid leaks out, the transmission parts have a harder time moving against each other and the action can feel sluggish.

Another common sign of a bad transmission front seal is if the transmission shakes or vibrates when you engage it. A vibrating transmission is a sign of low fluid, and driving with low fluid can damage the other parts of your transmission.

Your car can leak transmission fluid without making an obvious pool on the ground. If you notice that you have to frequently refill your transmission fluid, then the problem could be a broken front or rear seal.

How to Remove a Front Seal

If you have the tools and know-how, you can replace the front seal yourself. First, you will need to lift your car so you can access the undercarriage and transmission box. Make sure you put the gear shift in neutral first.

Next, locate the front seal and remove any parts obstructing access. This could include the engine belt, balancer bolt, torque converter, or transmission key. Make sure you note exactly where these parts go as you’ll have to put them back afterward.

Next, pry out the driveshaft using a screwdriver or something similar. From there, you can slowly loosen the seal and pull it out.

Put some oil around the seal opening and press the new seal into place until it sits flush. You then have to reinstall the parts in the original order. Make sure that the transmission key is in the correct alignment.

What Is a Transmission Front Seal?

When the seal brakes, your transmission may start leaking fluid and it will become harder to engage the transmission.

How much does it cost to replace a transmission front seal?

It costs on average $200 to replace a transmission front seal. The typical price range is between $100 on the low end up to $600 on the high end.

Transmission front seals are usually cheaper to replace than rear seals because they are not as thick or large.

How often should I replace my transmission front seal?

Can I drive with a broken front seal?

Yes, you can still drive your car if one of your transmission seals is broken. However, you may have difficulty shifting gears and maintaining control over your car. We recommend getting a broken seal fixed as quickly as possible.

How long does it take to replace a broken transmission front seal?

Actually replacing the transmission seal is simple and only takes about 30 minutes. However, you will have to disassemble your transmission to get at the seal, which can take a lot of time.

If you take your car to a mechanic, it will probably take them between 4-6 hours to finish the job.

Can I replace a front seal on my own?

You can, but it will take some time. You will need to lift the car and remove the engine belt, balancer bolt, and transmission key, as well as other parts. You may need special tools to remove the parts as well, depending on the make and model of your car.

The front transmission seal is an important component of your car’s gearbox which keeps transmission fluid contained. When a seal breaks, it can be much more difficult to control your car and shift gears.

As such, it’s in your best interest to replace a leaky seal as soon as possible. Remember to get quotes from several mechanics so you can get the best possible price.