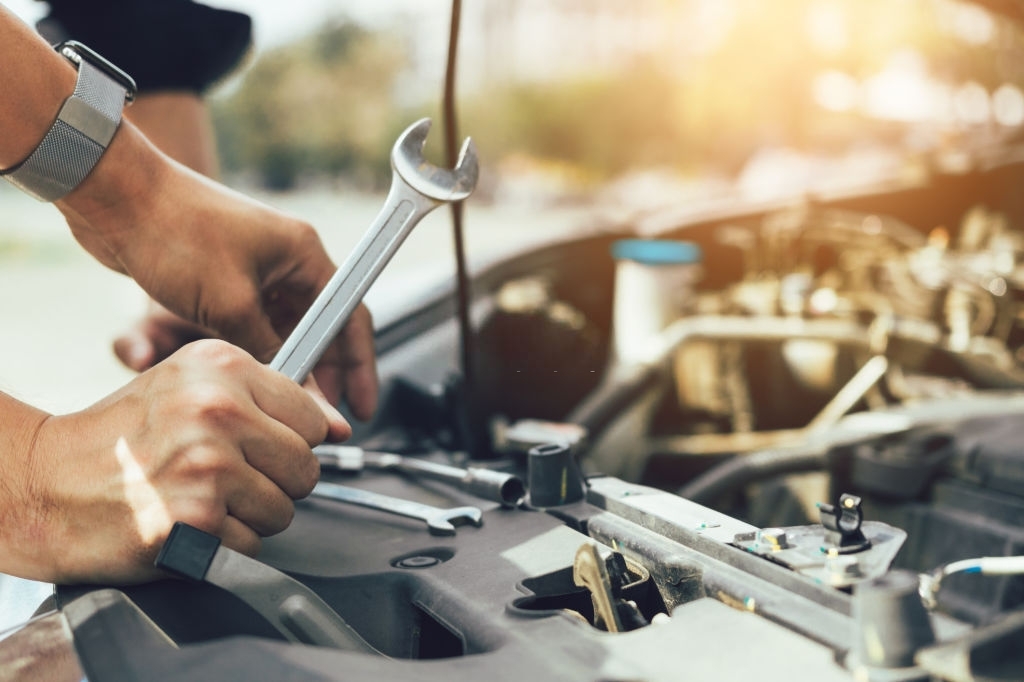 If your torque converter begins to fail, you’ll need to get it to a shop as soon as possible. In most cases, the cost to do major repairs involving this vehicle component costs just as much as (or more than) replacing it outright.

While most people pay between $600 and $1,200, certain vehicles may cost more or less depending on how much labor is involved.

For example, a luxury SUV like an Acura MDX has been quoted as high as $2,350 to replace the torque converter. So, it really depends on your specific vehicle type.

The torque converter itself and the associated parts are typically not very expensive. Depending on the vehicle make and model, this component usually costs between $150 and $350.

For example, a torque converter for a Ford Explorer typically costs under $150 while the same part for a Volvo XC90 is priced at nearly $1,300.

Another cost to consider is the transmission fluid. When you do this type of work on the transmission, it’s a good idea to go ahead and flush out the system and change the fluid.

This is an additional cost that the shop will charge, or that you’ll have to account for if you do the work yourself.

The bulk of the cost for a torque converter replacement is labor. It’s an intensive process to remove the transmission from the vehicle to do the work, and it usually takes anywhere from 5-10 hours.

The labor costs are usually between $400 and $700, depending on your vehicle and where you take it for the work.

If you also account for flushing the transmission system and changing the fluid, you should plan to add another $125-$250 to the total price.

Example Costs to Replace a Torque Converter by Vehicle

What is a Torque Converter?

In a vehicle with a manual transmission, the clutch does the same job that a torque converter does in an automatic.

This vehicle component is a hydraulic system that uses solenoids to push transmission fluid through the chamber as you accelerate the vehicle by pressing the gas pedal.

The solenoids control flaps that open and close to control how fast the tire rotates. There are several types of solenoids and they work together to help the transmission do its job and power your vehicle into motion.

Sometimes, the issue isn’t the torque converter itself. One of the solenoids could go bad and cause problems with your vehicle’s transmission system.

One common concern is if the vehicle gets stuck in a low gear (second or third) and won’t shift up or down properly. In this case, the shift solenoid could be bad.

This may be a less expensive repair compared to replacing the entire torque converter outright, so always talk to a trusted mechanic before making a decision.

Signs and Symptoms of a Failing Torque Converter

Usually, when the torque converter starts to go bad, people think that their vehicle is experiencing major transmission problems, which can be extremely stressful.

The good news is that the torque converter is a much less expensive repair and can save you thousands versus a new or rebuilt transmission.

Here are some common symptoms to watch for:

When the torque converter isn’t working properly, the system won’t manage the transmission fluid correctly. If the right amount of fluid isn’t going into the transmission, it can cause the gears to slip. This may be accompanied by reduced fuel efficiency.

If the vehicle slows down or stalls when you’re trying to accelerate, it could be the hydraulic pressure being off.

When driving around 30-45 mph, you may feel your vehicle shudder or it may feel like it’s driving roughly if the torque converter is failing.

This may not be constant, so you should have your car checked out even if it only happens for a short time and then goes away.

If you hear strange or loud noises while driving, especially when your vehicle is shifting between gears, it could be a sign of a bad torque converter.

Some drivers experience a whining noise and others have reported a rattling noise. You may also hear a clicking sound.

An overheating engine is a serious problem and it could indicate many different issues. However, a drop in fluid pressure and other issues with the torque converter can cause this to occur. This is due to excessive friction which causes heat in the transmission. Low levels of transmission fluid or a failing solenoid can also cause overheating.

If you have a newer vehicle, the garage will be able to read the error code to find out what is causing the problem in your vehicle. There are several error codes specific to the torque converter.

Often, you will have an indicator light on your dash (like the “check engine” light) when you begin having serious problems with your transmission system.

If you bring your vehicle to a qualified service center, they should be able to quickly and easily run a diagnostic on the vehicle to find out exactly what the problem is.

Most shops will do this service for free if you allow them to do the repair work. If you have to pay for a diagnostic, it’s usually between $50 – $125.

Doing the computer diagnostic can be well worth any cost if it allows you to address the exact problem rather than performing “trial and error” repairs on your vehicle that can end up costing you more money in the long run.

Here are some of the common error codes that indicate problems with the torque converter:

Signs and Symptoms of a Bad Shift Solenoid

If the problem isn’t the entire torque converter but rather a bad solenoid, you may be able to replace just the affected solenoid. Here are some signs that this may be the case:

If you experience any of these symptoms, especially if you also experience power loss in your vehicle, you should get it to a shop right away to diagnose the problem before causing any additional damage.

If the “check engine” light is illuminated, this is even more urgent.

Replacing an individual solenoid may cost between $75 – $175, depending on the vehicle and where you take it for the work.

If the issue is a solenoid, it can save you some money if you’re able to diagnose the problem and just have the failing component replaced.

There are several different issues that can cause problems with the torque converter. It’s always best to have a transmission shop look at your vehicle to make a true diagnosis and investigate the cause.

The most common cause for the torque converter to fail or for its components to become damaged is that owners don’t keep up with transmission maintenance.

The best way to prevent problems with the torque converter is to keep transmission fluid filled to the appropriate level and perform scheduled maintenance such as transmission flushes to keep the system clean and operating correctly.

Having your transmission flushed usually costs between $100-$200, so it’s a small price to pay to avoid hundreds or thousands of dollars in repairs later on.

Here are some other common causes:

If the needle bearings become damaged, you may experience reduced power, loud noises coming from the engine, and metal shavings in the transmission fluid.

A worn or damaged clutch

If the torque converter has experienced overheating or contaminants in the fluid, it may cause damage to one of the clutches within the assembly.

May cause poor fuel efficiency, engine stalling, or inability to accelerate properly.

However, knowing that the most common cause of problems with the torque converter is failure to keep up with regular maintenance should help you to avoid these other common causes of transmission problems.

Replacing a torque converter is a much more affordable repair than replacing or rebuilding a transmission. Issues with either component cause many of the same symptoms, causing confusion over which part is causing the problems.

Most people should expect to pay between $700 and $850 to replace a torque converter. However, depending on the vehicle make and model, some people end up paying much less or much more.

Most of the expense is related to labor, so it’s a good idea to shop around and get several estimates before committing to a garage.

Dealerships are almost always more expensive than local or chain auto shops, and for work like this, you may want to consider a transmission specialist.

It’s also a good idea to inquire about what kind of warranty is being offered on the parts and workmanship, in case you have another problem down the road.

The cheapest quote isn’t always the best when you take the warranty and the garage’s reputation into consideration.

Remember, the best way to prevent having to make costly repairs to your transmission system (such as replacing a torque converter) is by keeping up with scheduled maintenance.

Check your transmission fluid levels regularly and have the fluid changed or flushed according to your vehicle’s maintenance schedule.