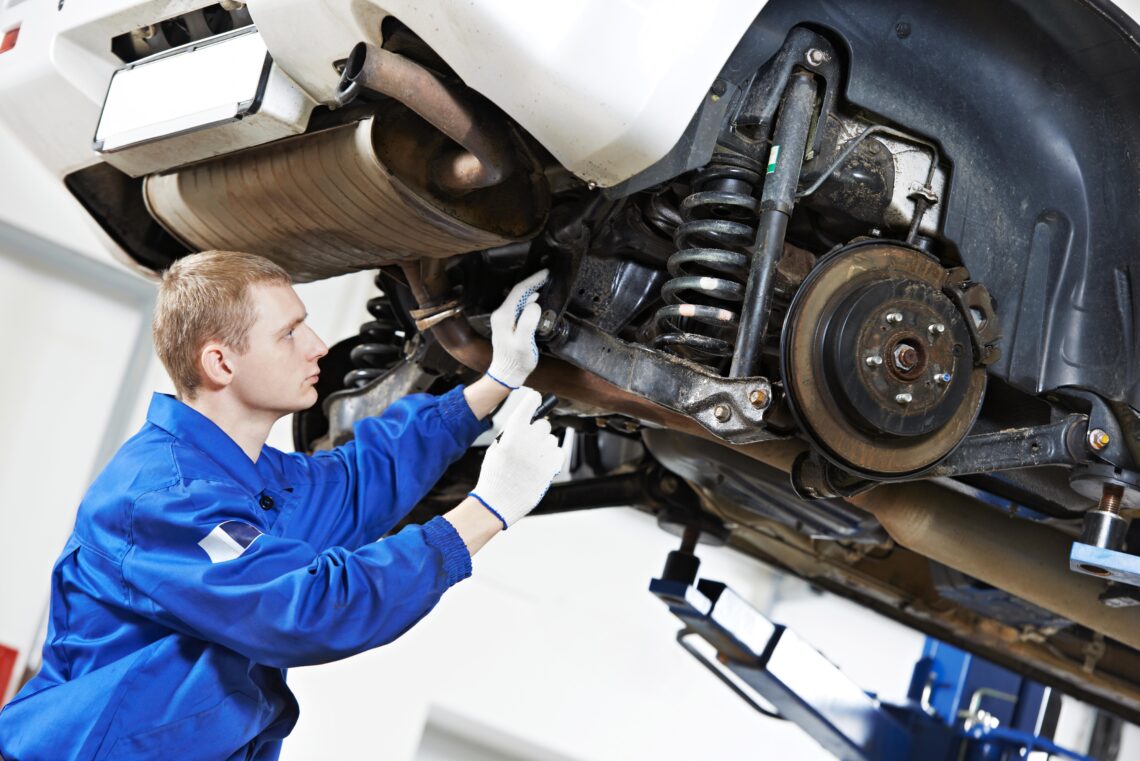 There are some parts that wear down in your automobile and you don’t even think about them until they need replacing. The oil pan gasket is one of those parts.

The cost to replace it isn’t that high but the labor involved with doing the replacement can be extensive.

The overall cost to replace an oil pan gasket can range anywhere from $100-$600, depending on the kind of car you have and whether or not you can do the labor yourself.

The oil pan gasket holds the oil pan in place at the bottom of the engine. This acts as a holding bay for oil that runs through the engine and then the rest of the vehicle.

When it breaks, oil may leak or burn out faster. There are many ways to see that there’s a problem or that the oil pan gasket needs replacing but it’s more likely to be noticed by your mechanic during a regular oil change.

This is Always a Replacement, Not a Repair

The oil pan gasket deteriorates naturally over time. As it does, it is less effective at keeping the oil pan in place and this leads to oil leakage.

The deterioration cannot be fixed by any patch or repair. When the oil pan gasket has deteriorated, that’s it. Replacement is the only option at this point.

The Symptoms of a Bad Oil Pan Gasket Vary

The most obvious way to tell that the oil pan gasket needs replacing is oil leakage. Every automobile is different, though. Some automobiles have an extra piece below the oil pan that catches leaks.

In the case that your automobile has this part, oil leakage won’t be visible.

When oil is not visibly leaking, you probably won’t know that the oil pan gasket needs replacing. This means that the oil level in your automobile will get lower and lower.

This causes other issues within the engine and more repairs or replacements that are even more costly.

In severe cases, if your oil pan gasket deteriorates completely, it’s possible that this will cause the engine to heat up faster and the oil pan itself may detach and fall out of the bottom of the vehicle.

It may also detach and remain inside the vehicle, in which case you’d hear it banging around or clattering.

What Happens When The Oil Levels Run Low in an Automobile?

The oil in an automobile lubricates moving parts. As they fit together and move, they grind if they’re not lubricated.

When the oil pan gasket deteriorates and needs replacing, oil leaks out and if you don’t see that happening, the moving parts that need lubrication don’t get it.

The moving parts inside the engine are particularly susceptible to breakage if not lubricated.

You can hear grinding and clanging noises under the hood of your automobile if the oil begins to run dangerously low. At this point, you’ll need to have the rest of the engine checked as well as the oil levels.

Replacing the engine is far more costly than replacing an oil pan gasket by hundreds or even thousands of dollars, depending on the type of car you have.

Many newer vehicles have an extra pan under the oil pan to catch any leakage and that’s where you run into the issue of not enough oil in your vehicle if the oil pan gasket needs replacing.

Review your vehicle’s user manual and take a look under the hood to see if this applies to your situation. You can also ask the mechanic the next time your vehicle is serviced.

Checking the oil in your vehicle on your own is not difficult. If you suspect that there’s an issue with oil leakage for any reason, check the oil level to gain a little more insight into what’s going on.

Other Complications of a Deteriorating Oil Pan Gasket

But if the pan detached altogether, those parts won’t get any oil at all.

As the oil pan gasket deteriorates, the pieces can fall into the oil pan and become incorporated with the oil that then circulates through your engine.

This is sediment that contaminates the oil and causes grit to stick to the parts that touch it.

While the oil pan gasket is a simple and relatively inexpensive part, replacing it yourself can be complicated. The first step is to look through your vehicle’s manual.

There are several parts that may need to be removed before you can get to the oil pan gasket and each requires tools and access to the underside of the vehicle.

Accessing the underside of the vehicle to get to the oil pan and the gasket can be achieved with a jack and jack stands that securely lift and hold up the front of the vehicle while you work.

It’s important to have a level surface, good lighting, and a partner to help out. Even if the jack stands are secure, accidents happen and it’s good to have someone around that can call for help if needed.

Otherwise, the oil will spill out after the pan has been removed and will go everywhere.

The oil pan gasket is attached to the oil pan with bolts. On some vehicles, there is a crank shaft that may also need to be turned before you can remove the bolts.

The oil pan will drop and then you access the gasket. After removing the old gasket, clean the area with a solvent to remove any residue.

Inspect all parts and bolts to be sure they’re installed correctly as you replace them after the new gasket is installed. Start the engine and check for leaks.

If your vehicle has a pan under the oil pan that catches leaking oil, check that after running the car for a bit.

Shop for the Best Price

Different mechanics will require different prices for their labor. What one mechanic costs might be much higher or lower than another spot, especially depending on the type of vehicle that needs repairs.

You can also ask the mechanic if you can purchase the part yourself and pay for them to install it, allowing you to shop for the best price on the oil pan gasket itself.

All in all, this is an important repair that won’t cost you nearly as much as the repairs you’ll need if you wait on it.

Find the best price but it’s important to have a deteriorating oil pan gasket replaced promptly.