How Much Does It Cost To Replace Mustang Convertible Top 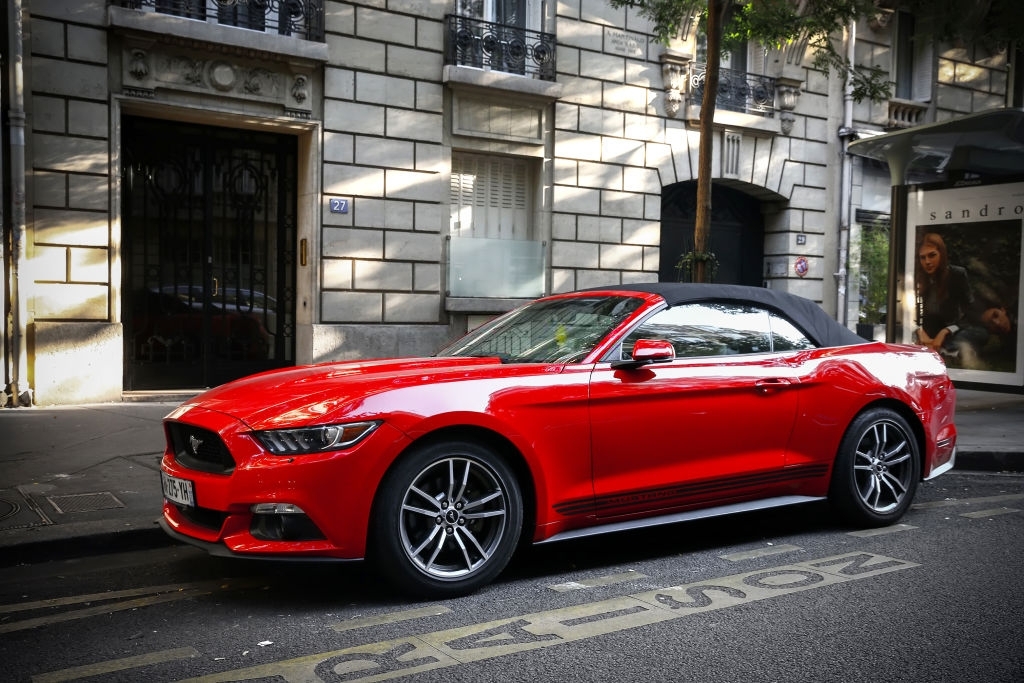 Namely, you need to ensure that the top and its associated parts are functional enough to withstand the weather and stay secure. If you need to replace your Mustang convertible’s top, then you should be aware of the costs – both labor and parts.

On average, the cost of replacing a Mustang convertible top is around $1200, where parts average out to about $715 and labor averages out to about $485.

In this cost guide, we’ll break down the costs of replacing Mustang convertible tops. We’ll cover different factors that cause fluctuations in these costs, as well as tips for saving money on the replacement project.

Below, we’ll break down some of the costs associated with replacing the tops on different Ford Mustang convertible models. There were several different generations of convertibles released by Ford under the Mustang label.

Ford started releasing convertibles back in 1964 and is still releasing new variants to this day. Prices for convertible tops will vary among these different models.

In general, the cost of labor (installing the new top) is expensive, and so is the cost of a new top itself, depending on the type of convertible you own.

When it comes to Mustang convertibles, specifically, the costs for top replacement may be more or less than the average ($1200), which we’ll explore below by comparing price quotes for different Ford Mustang convertible variants.

These costs are merely the cost of parts – the top itself – so the cost of installation labor should be considered separately.

Below, we’ve gathered some price quotes online for new convertible tops that fit this particular model. This can give you an idea of the cost of this part for a Mustang convertible that comes from those years.

These convertibles include the 2nd generation of convertibles by Mustang. Take a look at some price quotes for tops sold online that fit the model released during these years. It will give you a better idea of the average cost to buy a new top.

Third-generation Mustang convertibles were those released in the early 2000s. Here are some price quotes we found that show the general costs of new tops for these models.

This generation of Mustang convertibles is specific to 2009-2012, and the tops for these models are priced similarly to the below price quotes.

These Mustang convertible models are quite recent, but they aren’t the newest in terms of design. Models between 2013 and 2017 have tops that cost similarly to the below price quotes:

Finally, we have the most recent and top-of-the-line Mustang convertible models, released in the past few years. These tops are probably going to be the most expensive on this list. Compare prices with the quotes below:

On average, you’re going to have labor costs worth up to at least a few hundred dollars. The job may take several hours, and since hourly auto labor rates are near an average of $75 in the United States, labor costs can add up.

There are several factors that are going to cause the cost of this replacement to fluctuate. Namely, the type of convertible top you buy (material, window type, used/new), as well as the model of your Mustang convertible, will affect the costs of replacing the top.

One of the factors that makes a big difference in the cost of a convertible top is the specification. Mainly, you should ask yourself whether you want a plastic or glass window.

Glass windows are going to be more expensive than plastic ones for obvious reasons.

Further, if you get a glass window on your new top, note that some companies design these windows with heated properties.

These are going to increase the cost of your convertible top even more (some of these can even range in the thousands of dollars to buy new).

The material your convertible top is made of and the quality of the top will also affect costs. The cheaper the material, the less durable it’s going to be. That is something to keep in mind.

There are hard tops and soft tops, too. Hard tops are more expensive because they contain more useful components and they’re more durable. Soft tops are typically made of canvas and other materials.

Furthermore, when you replace your convertible top, you always have the option between a used or a new part. Used parts are cheaper and can cut back costs by around $200-$300, in general.

That’s a good chunk of change that could go towards the costs of labor if you want a professional installation.

Finally, one big way you can save money on a new convertible top is by installing it yourself. DIY auto labor isn’t for everyone, and it’s certainly not always simple, but it can save you hundreds of dollars.

Given that the labor for this job typically costs around $400-$500, you could save that much or more if you replace the convertible top yourself.

Installing the new top yourself can save you a lot of money, as can buying a used convertible top. Older convertible models tend to have less expensive tops than newer models.

Make sure to consult your options before making a final decision for replacement.