How Much Does An Exterminator Cost For Mice? 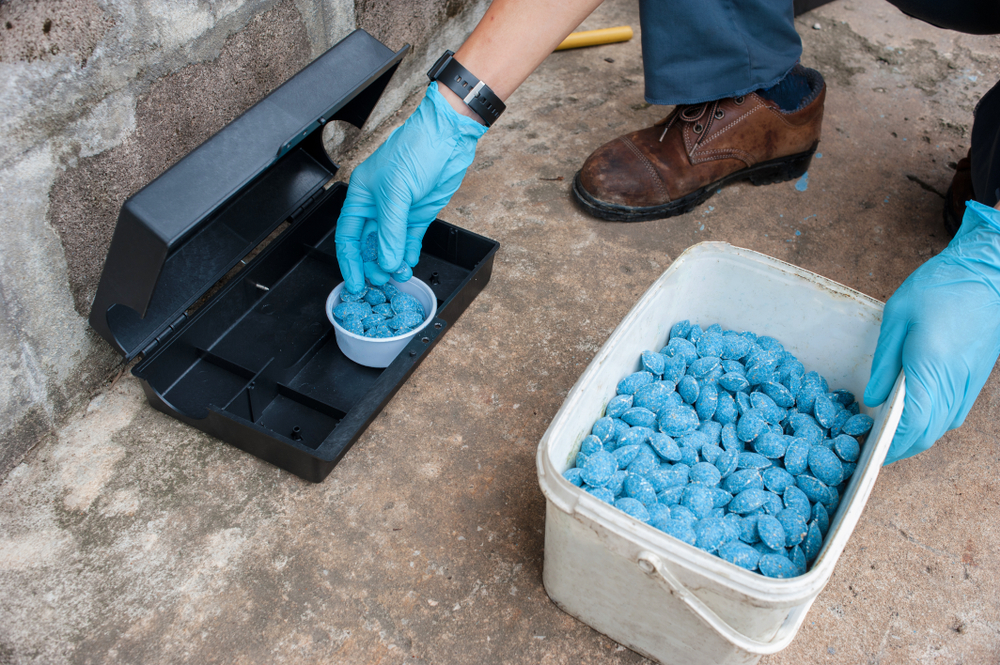 There is no worse news than having mice run up and down your walls and ceiling. If you hear them at night running in your attic you may not even be able to sleep.

Well, the only worse news than having mice around in your house is having to pay an exterminator to get rid of your mice problem. It’s quite a common issue but many people don’t know what the costs entail.

You can expect to pay on average $450 to $600 for having a mice exterminator come into your home and rid of the problem. This usually covers all the costs for the consultation, set traps, sealant of open areas, and a follow-up. While most costs stop at around $600, for larger homes it hasn’t been unheard of to pay near $1,000. The national average is $525.

Here is what you will be paying for when you hire an exterminator to get rid of mice in your home.

What Does A Mice Exterminator Do?

Mice exterminators usually exterminate multiple animal issues that may arise from living near the woods or sewers. In that case, you may even be experiencing a rat problem.

It doesn’t matter if you need to work done for your home or your business a mice exterminator will follow multiple common steps to figure out why you have a mice problem, the best way to get rid of the current mice, prevent future mice from making their way into your home, and lastly make sure that the job was done correctly.

What Services Are Included In The Average Cost?

The four traditional services that are likely to be offered at a minimum are the above-mentioned. Sometimes a company may offer more extensive services and traps that may be preferred by the owner. These can typically raise costs.

Often companies will include a free consultation to gain your business. It is usually included in the overall price but presented as free.

If you decide to go a different route with a company then a free consultation can be particularly helpful because then you don’t have to worry about spending wasted money.

The exception is if you already know you have a large to severe problem and have expressed that to the company. If the company takes several hours trying to find where the rodents are entering because you have a large property, you may see somewhere around $100 in consultation fees.

This isn’t uncommon because they are paying someone to come out and work at your home and want to ensure they have your business.

Setting traps is where a lot of the labor and materials costs can come in. The price may vary as well because the different types of trap services cost different amounts of money. Here are some of the different costs for different traps.

Mouse poison is usually the last resort if traps cannot fit into the spaces they need to be placed. The result of mouse poison can lead to the mice ingesting the poison and running off to spaces where they can’t be reached before dying.  It can cost $300-$500.

One of the safer options for children and pets but a less humane way to kill the rat as they are trapped without food and water.

The jaw mouse trap method can be a cleaner bait trap as it doesn’t break any of the animal’s skin. It is a quick and humane way to kill the mice in comparison to some of the other techniques. Jaw mouse traps can cost $300-$500.

A safer poison trap because the poison is only accessible to the mice only. It has small openings in a closed container for them to reach it.

With mouse bait stations you don’t have to worry about your children or other pets getting into it. Expect to pay between $450-$650.

These are reusable traps that use bait to lure the mice in. They are quick so they are one of the most humane ways to do it.

While they are more expensive they can be reused meaning they have environmentally friendly positives.  Electric mouse traps cost between $550-$750.

These are the absolute worst-case scenarios for large and severe infestations of mice. Commonly used for barns as it can be tough to control these indoor-outdoor settings.

Sealant is another part of cost and labor that can add up based on how long the project is taking.

Sealant is how they secure the home by figuring out if there are any holes in your roof or basement that are letting the mice in. It won’t be as much of a task as setting up the traps.

Also often included in the total cost for free is the follow-up. Follow-ups are to make sure that the traps and sealants that were placed did the job of exterminating the issue.

Often companies will put in clauses in their business contracts that ensure they will get the job done. In some cases, they may already determine that the problem is so severe that it will take multiple trips. This is different than a follow-up because the follow-up is just to ensure the job was done correctly.

Does The Cost Vary From State To State?

The cost varies less from state to state and more on the type of area you live in. In general, if you live in wooded areas you expect to have a more widespread problem than in urban areas.

However, the cost is more a result of where your problem is located rather than where you live. Here are some of the cost differences based on different parts of the house.

Having mice in your ceiling is one of the more common areas. The ceiling falls in the middle of the price range average of around $300-$400. If they are in the ceiling then there is a great possibility that they are also moving around your walls.

If the mice have made their way into your walls and ceiling it is possible that they will also travel around heating ducts. If they make their way there then your issue will become a lot more costly.

Exterminating mice from heating ducts can cost anywhere between $250-$500.

Floorboards are equally as common as the ceilings and the walls but can be a little harder to detect as they are running underneath you rather than overhead. It costs similar in price to heading ducts.  Expect to pay anywhere between $250-$500.

Something very unsettling but common is having mice in the kitchen. They are often behind the oven and dishwasher because that’s where the holes are because of wiring.

It can be alarming because of course, the kitchen is where your food is. But it is also the reason why mice are attracted to a particular area. The good news is the area isn’t that bad to treat. You can count on it costing you anywhere from $250-$400.

Barns usually have larger infestations and can be really hard to both control and contain mice. Because it requires fumigation it is also one of the most expensive areas to treat for mice exterminators  It can cost anywhere between $650-$q000.

Is There A Difference Between Rats And Mice When It Comes To Exterminators?

There is a difference between rats and mice when it comes to extermination because rats are a lot larger than mice. The process is similar to how they set up traps and sealant but may approach certain aspects like what kind of traps they are using differently.

Generally speaking, because they are larger than mice traps need to be sized accordingly so that they aren’t able to break free and realize that there are traps.

They also don’t want to kill rats in spaces they may not be able to reach and remove. This can cause an unpleasant odor when they die in the walls or ceiling of a home.

Is Having Rodents In My House Dangerous?

While it is not a pleasant treat to anyone, some people may wonder if the problem will go away on its own or if it is in fact dangerous.

The truth is rats and mice can be dangerous because they have the ability to carry serious diseases. The house mouse which is the common mouse that enters the home is less likely than a deer mouse.

Regardless dangerous diseases like listeria, hantavirus, and others can be left through their droppings around the home.

As it is a concern for you it is also a concern for children and pets as you don’t want them to accidentally come in contact with their feces and pick up something.

How Long Does It Take To Exterminate The Mice?

Your results will take longer when the situation is more severe. Generally, it can take one to three months to really ensure that the mice problem is over. It takes time for all the mice to be trapped and caught.

It may also take several follow-ups instead of one to routinely clean out the mice and set new traps if the mice have figured out the first set of traps.

It can also take some time to figure out where the mice are coming from and figure out all the spaces that require a sealant to prevent more mice from coming in, in the future.