How Much Does a Toyota Cost? 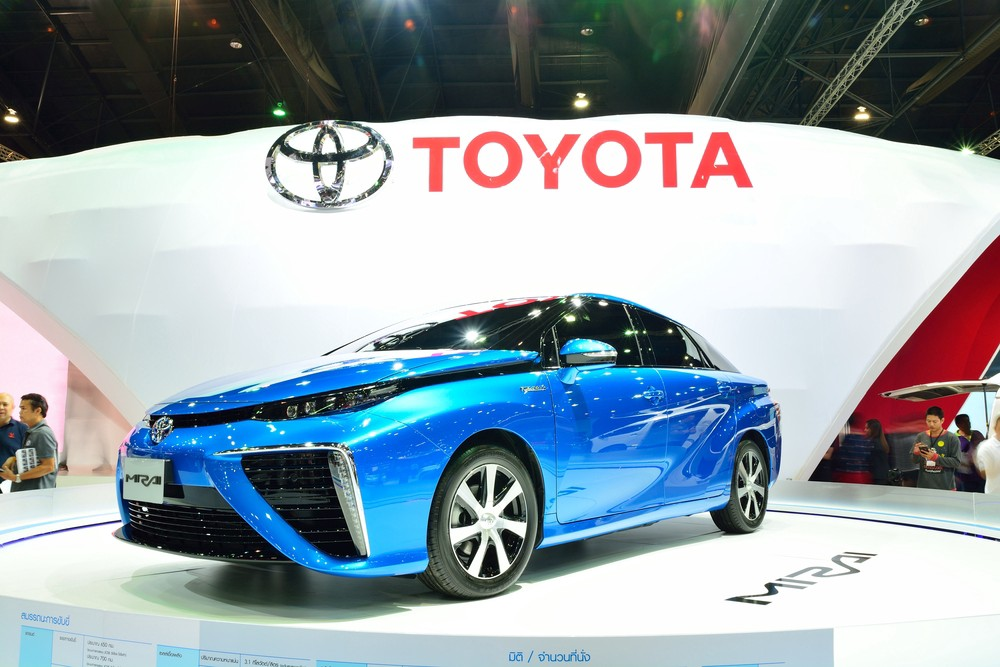 Toyota is a very popular vehicle brand that has been around for a long time. Today, many drivers can find a vehicle that is a great fit for their way of life thanks to the extensive selection of models that Toyota makes available. Each Toyota model comes with a unique combination of luxury and performance characteristics.

In this article, we will take a look at the prices of Toyota models so you can make a better choice on which model to buy according to your budget.

Why Buy a Toyota?

As the price of cars continues to rise, it’s more crucial than ever to choose a vehicle that not only suits your requirements but also holds its value well when you want to switch up. Here are the reasons why you should consider getting a Toyota as your next car.

Reports indicate that more than 80% of Toyotas sold in the 1990s are still on the road today. When you buy a new Toyota, you are getting a car that is going to be around for a long time, which will result in significant cost savings throughout its lifetime. Knowing this should set your mind at ease.

The Toyota Safety Sense (TSS) package of active safety measures is standard on several new Toyota vehicles and is available at no extra cost to the buyer. This package is featured on most new Toyota models. Drivers have a wide variety of options open to them in terms of safety measures, and some models provide more than others.

When it comes to making hybrid vehicles, this Japanese brand is a front-runner. A lot of people’s minds automatically go to Toyota when they think about hybrid cars because of the phenomenal success of the Toyota Prius, the company’s first mass-produced hybrid model.

Although the Toyota Prius has been an enormously successful addition to the company’s range, Toyota has also produced hybrid variants of several of its best-selling gas cars in addition to the Prius. The Toyota RAV4 prime, the Toyota Highlander hybrid, and a great number of other hybrid vehicles are now available to drivers.

Many of Toyota’s newest vehicles come standard with cutting-edge entertainment features that are designed to make long car rides more bearable and pleasurable. Drivers have the opportunity to make use of Toyota’s most recent technological package, known as Entune 3.0. This package is loaded with a variety of entertainment options, including apple car play, amazon Alexa, Bluetooth wireless technology, an 8-inch touch screen, and more.

A very crucial factor that most Toyota fans frequently fail to take into account when choosing a car is how much it’s going to be worth if and when they decide to sell it. When it comes to the best resale value for cars, Toyota is very well recognized. This recognition comes as a result of Toyota’s well-deserved reputation for producing vehicles of exceptional quality that also have a stellar reputation for dependability and durability.

What Models Does Toyota Offer?

Toyota offers a lot of models, from sports cars, compact SUV models, family sedans, plug-in hybrid models, and so on. The GR86 sports car, Toyota tundra, and Toyota sienna up to the Highlander with three rows of seating are also some of the cars that are included in Toyota’s extensive lineup of very dependable cars.

The GR Supra sports vehicle is, without a doubt, the most thrilling model that this manufacturer offers. While the Toyota Tacoma has a well-deserved reputation for being a tough pickup truck that’s not afraid to get its hands dirty, the Toyota Camry is widely regarded as one of the best mid-size cars that money can buy.

If you are looking for transportation that is easy on the wallet, the Toyota Corolla cross is also a fantastic option, but the Prius hybrid is the most frugal vehicle on the road today. The below table shows the prices of Toyota models as of 2022.

Toyota cars are reliable and economical to maintain. After years of being GM’s number two carmaker in the U.S., it has lately risen to the top rank.

The main reason for this is that most of the company’s best-selling cars are inexpensive and make up more than half of the company’s car lineup. The following Toyota models are some of the brand’s most affordable options.

The 2022 Toyota Corolla Sedan has the lowest starting price of any Toyota vehicle currently on the market, with an MSRP beginning at $20,425. It is also one of the least expensive four-door sedans that can be purchased in the year 2022.

When outfitted with a 6-speed manual transmission, the base price of a 2022 Toyota GR86 is under $27,700, making it one of the most affordably priced coupes on the market in 2023.

The price increases to $29,200 when equipped with the optional 6-speed automatic gearbox.

A flat-4 engine of 2.4 litres motivates the entry-level sports vehicle. This engine generates 228 horsepower and 184 pound-feet of torque. It can go from 0 to 60 miles per hour in 6.1 seconds and comes equipped with a six-speed manual gearbox.

The EPA estimates that it will get 20 miles per gallon in the city and 27 miles per gallon on the interstate. Having said that, every single GR86 model comes with a limited warranty good for three years and thirty-six thousand kilometres.

This is another affordable model that is offered by Toyota. Access Cab (with a bed length of 6 feet) and Double Cab configurations are both available for the 2022 Toyota Tacoma, which is a mid-size pickup truck (5-foot bed). The Tacoma SR Access Cab, with pricing beginning at $27,150, is one of the most affordable option.

With a starting price of only $26,975, the 2022 Toyota RAV4 is not only one of the most affordable crossovers in the Toyota portfolio but also one of the most popular sellers.

You also have the option of financing it with payments beginning at $407 per month for 72 months at an annual percentage rate of 3.75%. When one wants to finance a RAV4, they are required to make a down payment of at least $2,000.

Prices for the 2022 Toyota Camry start at $25,845, making it one of the most affordable mid-size sedans on the market in both the United States and the rest of the globe. Toyota gives customers the option to either lease or finances their mid-size vehicle purchase. This car is also very fuel efficient.

Looking for a new Toyota may either be a pleasant and thrilling experience or a frustrating and disappointing one. Whenever you are looking for a new car, it is a good idea to do some research to see which car has the most cutting-edge technology and features available to suit your needs.

When buying a car, there are several things to consider including fuel economy, auto insurance and other features like all-wheel drive.

Researching will also assist you in being more acquainted with the various makes and models of Toyota that are now available. From tiny cars and sedans to crossovers, SUVs and trucks, Toyota sells all body styles and sizes of automobiles. When you have an idea of the categories of vehicles you are interested in, the next step is to narrow down your choices using the following tips and suggestions.

Michael is leading the costhack Team. The Costhack team includes business owners, automotive mechanics, heavy duty equipment operators, and other business experts. Our goal, at Costhack, is to help business owners and consumers save money by avoiding hidden fees.