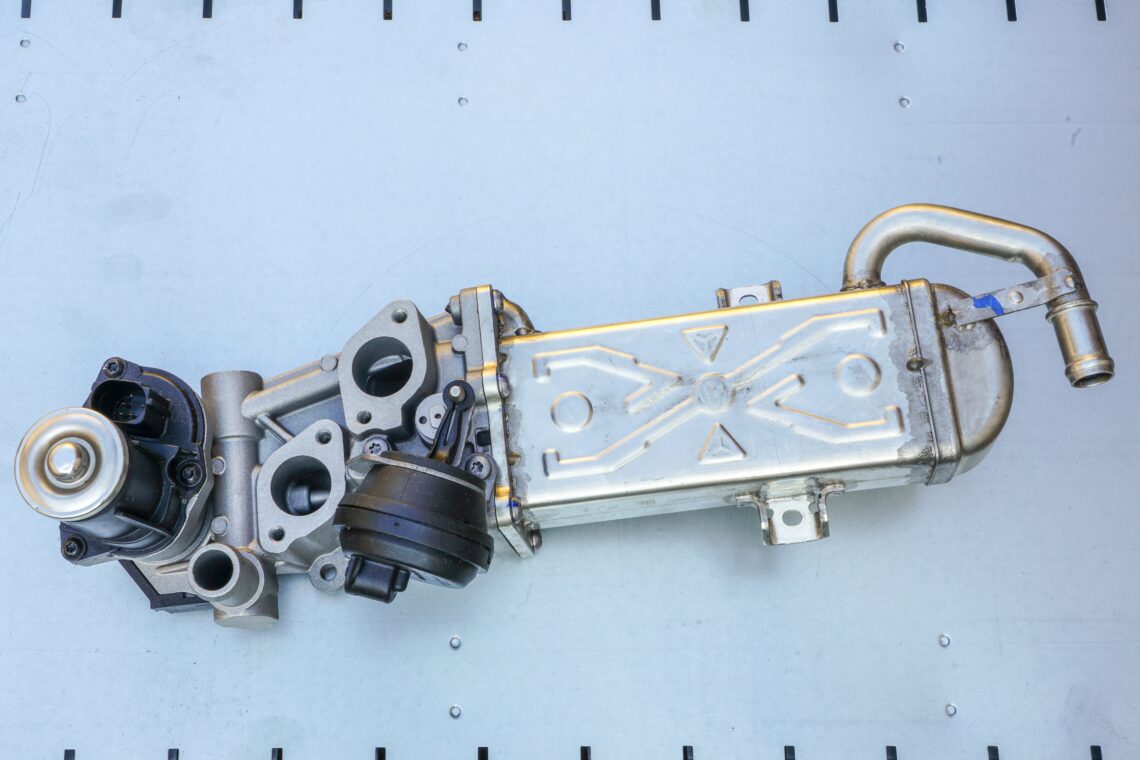 Engine repairs are a costly fact of life for commercial truck drivers. Even when you run big-name brands like Cummins, the miles add up and the parts break down.

The Cummins ISX EGR cooler is a vital component that typically requires replacement.

And then there is the matter of taking the engine apart and replacing it.

A faulty EGR can cause a variety of problems, including decreased power and acceleration and decreased fuel efficiency. But most notably, it negatively impacts emissions.

For big-rig drivers, meeting emissions regulations has been a concern since the late 1980s.

How to Save Money on a Cummins ISX EGR Cooler Replacement

A quality repair with certified labor, good warranties, and durable parts is an investment in the longevity of your engine. Cutting corners to save a few pennies is not likely worthwhile in the long run.

But nonetheless, there are some options.

OEM parts have always been hailed as the industry standard when it comes to cost. And Cummins OEM parts are well worth the investment.

But there are some acceptable options for aftermarket parts that can be just as good as the OEM parts.

Labor is at least half of the cost of repairing an engine. Luckily, with an EGR cooler, the replacement is fairly simple and straightforward.

If you know your way around a toolbox and a big-rig engine, you can get the job done in two hours or less. Skipping the labor can bring the cost down to about $1,200.

Part warranties are the most commonly overlooked specification when choosing between aftermarket and OEM parts. When you invest in OEM parts from Cummins, you get the reputation of the brand name behind it.

All Cummins parts are sold with an express limited warranty that covers parts to be free from defects for factory workmanship issues for one year.

With aftermarket parts, there is no standard for warranty coverage. Many of these parts are not covered by a warranty at all.

If they do include a warranty, you can expect it to be plastered all over the box as these claims are powerful marketing tools.

The absence of an advertised warranty claim on the packaging is a solid clue that the manufacturer doesn’t offer a warranty.

On the one hand, the choice not to include warranty coverage can mean that the manufacturer is just trying to make a quick buck. But most of the time, it is deeper than that.

When a brand new engine is manufactured, all variables can be controlled in the manufacturing process. But when you install an aftermarket part into a used engine, that manufacturer cannot control all of the variables that affect the performance (and potential failure) of that part.

So, choosing not to include a parts warranty is not always a cost-cutting measure. In many cases, it is a calculated business decision based on factors beyond the manufacturers’ control.

However, that doesn’t lessen the impact on the consumer in the event of an untimely failure. So the decision whether to invest in a brand-name or a warranty is up to the consumer.

Should You Buy After Market or OEM Parts?

OEM stands for ‘Original Equipment Manufacturer’ and indicates that the parts are made by the same manufacturer as the engine.

In this case, it means buying an EGR cooler from Cummins and not another brand that is made to be compatible with the Cummins ISX.

There are many aftermarket brands available, and many of them do a great job. All things considered, drivers choose aftermarket parts for cost, availability, and variety.

With a lot more competition in the market, the cost of aftermarket parts drops dramatically compared to OEM parts. And in many cases, the quality can be equal to OEM, so it begs the question·—why spend more money on the same thing?

But all of that variety is a double-edged sword. In some cases, the selection can become overwhelming.

And it can be difficult to tell which brands are high-quality and which ones are trying to capitalize on an opportunity.

This leads to wide variations in quality within the same part. And replacing an EGR cooler with a low-quality aftermarket part can spell big trouble for the entire engine system, costing much more money down the road.

Drivers who swear by OEM do so because they know they can trust the quality of the parts. Another way that aftermarket parts keep costs lower than OEM is by undercutting the warranty.

In many cases, aftermarket parts don’t have a warranty at all. By comparison, OEM parts almost always have a good warranty.

A one-year warranty on parts is most common, and when the parts are installed by a licensed mechanic, the dealer typically offers a warranty on labor.

Why Is It Important to Replace a Faulty EGR Cooler?

If your EGR is failing, it is important to get the part replaced right away to prevent widespread damage to your entire engine from overheated exhaust recirculation.

Not to mention that driving with a faulty part is like throwing money away in poor fuel efficiency and emissions fines.

If catastrophic engine damage isn’t a big enough motivator to take your EGR cooler replacement seriously, let’s take a look at how your engine releases pollution into the environment.

The EGR cooler is known as a weak point in the diesel engine design.

Your engine produces energy by burning diesel fuel in a combustion chamber and releasing that energy.

The heat required to perform this process breaks the chemical bonds in the unburnt fuel and releases those chemicals into the environment as pollution.

Specifically, the pollutants that your engine releases are nitrous oxide and ozone. The EGR lowers combustion temperatures by diluting air-fuel ratios, leading to lower levels of emissions pollutants.

What is the Process for Replacing an EGR Cooler?

If you are considering saving on the labor and DIY-ing your cooler replacement, it is not too difficult. An EGR cooler replacement is a pretty messy job, but you can tackle it on your own if needed. If you do take it to a mechanic, here is what you can expect.

The project begins by raising the hood and locating the cooler. Drain all of the coolants and remove the bolts and clamps. Remove the faulty equipment and clean the gaskets.

Put the new part in place and secure it with bolts and clamps. Tighten everything down and refill the coolant.

The technician will perform a road test and check for leaks before giving it a final once over.

How Often Does an EGR Cooler Need Replace?

In typical passenger vehicles, the EGR cooler may never need replacement. Although many service technicians recommend a precautionary replacement every 80,000.

But in commercial trucks that do a lot more work and go up to a million miles, replacing this part can prolong the life of the engine and keep it running to that million-mile mark.

An engine that runs hot is the first tale-tell sign of a failing EGR. At its most basic level, the EGR cooler is responsible for cooling the exhaust down before recirculating it through the engine.

So if that part fails, operating temperatures in the engine will rise.

EGR coolers fail for many reasons, including defects, overuse, and carbon build-up. As these valves wear down and quit performing as efficiently, drivers may notice a decrease in engine performance in broader terms.

Specifically, an engine that struggles to accelerate. This happens because the faulty valve disrupts the engine’s air-to-fuel ratio.

If you notice some of these symptoms and want to verify the cause is the EGR cooler valve, the simplest test is to find the valve and pull it out.

A healthy EGR valve is full of a thick, black charcoal substance. It is essentially a build-up of carbon. But when that substance begins mixing with moisture, it becomes gooey Therefore, a gooey EGR valve is a surefire sign of failure.

A Cummins ISX EGR cooler can be modestly pricey at around $2.700. But compared to the cost of replacing an engine at upwards of $30,000, it is a small price to pay to keep your system running well.

One way that truckers can save some cash on an EGR cooler replacement is by handling the labor themselves. If that is not an option, aftermarket parts can help bring costs down.