How Much Does it Cost to Start a Brewery? 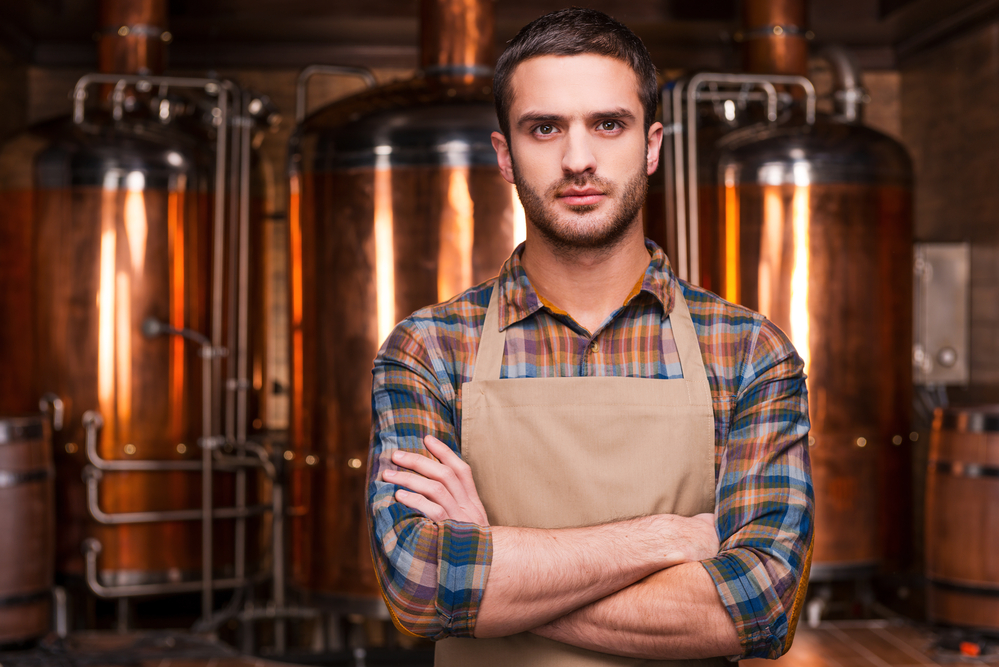 If one thing is true, it’s that Americans love beer. The past few decades have seen an explosion in the popularity of home brewing. As of 2020, there are over 9,000 independent brewery outfits in the US, and the number only continues to grow. If you are a fan of beer yourself, you may have toyed with the idea of opening a brewery. As with any business, the first thing people want to know is: How much is it going to cost me?

Overall, you can expect to spend at least X to get a small craft brewery off the ground. The main costs for a brewery is the location, equipment, and ingredients for brewing. Many breweries make extra money by opening a companion bar where people can enjoy their drinks.

There are a lot of things that factor into opening a brewery. So we put together this comprehensive article on the costs of starting a brewery. We will cover costs for location, equipment, ingredients, and operating expenses.

Costs to Start a Brewery

Starting a brewery is a lot like starting a restaurant and you will need to consider similar factors, such as location, format, menu selection, and projected size. The typical cost to start a restaurant in the US is approximately $270,000, which is lower than for many other types of businesses.

The main difference between a restaurant and a brewery is that a brewery also needs equipment for creating and packaging beer. On average, you can expect to spend anywhere between $100,000 to $200,000 for brewing equipment capable of sustaining a brewery.

Moreover, your city may have specific regulations on property dimensions if you’re going to brew there. Other important things to think about are fire suppression systems, loading docks, as well as taphouse facilities like restrooms, parking, and accessibility options.

The typical restaurant can expect to spend about $5,000 a month on rental costs, so you can expect to spend at least that for your brewery. Likely, you’ll have to rent more space as you need more room for your brewing equipment. Rental costs will also vary significantly depending on your location. For example, renting restaurant space in San Francisco will be more expensive than renting in St. Louis.

Overall, you can expect to spend anywhere between $5,000 to $10,000 a month just for a location. Most brewery owners will end up spending an average of $7,000 for rent per month.

The next most important cost consideration is the cost of equipment. Brewery equipment can take many different sizes depending on the amount of beer that you want to create. There are about five main pieces of brewery equipment that all microbreweries will have to use.

The boiler takes the main liquid wort solution mashed out of the grain and boils it while adding other ingredients. Afterward, solid particles settle out of the boiled liquid to be removed afterward. You can expect to spend an average of $5,000 for a medium-sized boiler capable of brewing 7 barrels of beer.

Larger boilers may cost you upwards of $10,000 or more. Boilers used in massive breweries can easily cost tens of thousands of dollars.  You may buy used brewery tanks for $1000.

After the boilers, the liquid wort is placed in the kettle tank where the brewers add minerals, sugar, and other ingredients to give the beer a unique flavor. This is the stage where brewers add their special touch to beer to give it the right color, aroma, and flavor.

After preparing the liquid wort and boiling it, the beer mixture is placed in fermentation tanks to ferment. In the fermentation tank, the sugar in the wort gets turned into alcohol and carbon dioxide. Fermentation tanks are also designed to capture excess yeast so it can be reused in the next batch.

Britte tanks, also called storage tanks, are used for the secondary fermentation process. While in the britte tank, the beer mixture ferments more before it gets transferred to the kegs or cans.

The last major component you’ll need is storage kegs. After fermenting in the tank, brewers put the beer into kegs to sell or to serve at their taphouse. The most common sized barrel costs about $100 per unit. You can often buy more in bulk and get a discount on each barrel.

Generally speaking, for a small microbrewery, you’ll want to have at least 4 kegs per tap, 6 kegs per tap if you want a larger establishment.

In addition to kegs, you will also need keg cleaning equipment, especially for any kegs you use in your taphouse. A typical keg washing system can cost upwards of $10,000, though you can clean kegs by hand if you have the time and there are not too many of them.

When you rent a brewery, it will come with all the equipment you need and, sometimes, staff that can help you operate the equipment if you are not familiar with it. Similarly, many breweries for rent also have a taproom area you can rent out for customers to enjoy your drinks.

The cost of renting a brewery can vary significantly depending on your location and what kinds of amenities you need to have. Generally speaking, you can expect to pay anywhere between $200 to $300 an hour to rent a brewery. Some high-end establishments may cost upwards of $500 per hour to rent.

Below is a table showing typical startup costs for a brewery. Keep in mind that these figures are averages and the actual cost will differ depending on your location and the type of equipment you buy.

As you can see, the typical brewery can expect to spend at least $500,000 to get off the ground and operate for one year. This is a minimum estimate and your actual costs can range anywhere between $500,000 to $1 million in startup costs.

As with most businesses, one of the biggest things affecting startup costs is the cost of labor. If you are creating a small microbrewery, then you might be able to get away with no employees for a bit.

However, you’ll eventually need to hire extra hands for help. The costs of labor differ significantly depending on your location. For example, labor in California will be much more expensive than costs in Missouri.

As we stated earlier, many brewhouses also incorporate some kind of taproom where they can serve drinks by the glass to customers. In fact, this is one of the best ways for your brewery to make money.

If you do want to open a taphouse, then you will need to pay more for a larger space that has customer amenities, such as restrooms, parking, and the like. Despite the higher cost, by-the-glass sales have the highest profit margins for breweries so it’s well worth the cost.

Breweries also have a multitude of miscellaneous costs. One of the major things you’ll have to pay for is insurance. At the very least, you will need a general liability policy to cover any injuries that occur on-site.

Similarly, your state may also require you to have workers’ compensation insurance that will cover wages and medical care for employees injured on the job. You will also need any relevant permits and licenses to run a restaurant.

How Much Can I Make Running a Brewery?

One of the best facts about running a brewery is that, although it is capital intensive, you have decent profit margins. The typical independent brewery can make anywhere between 30%-50% margins of a single barrel of beer.

The typical barrel sells for nearly $200 as well. However, breweries typically make the most of their money through by-the-glass sales, hence why most breweries have a separate bar area where patrons can buy drinks.

Assuming that your brewery sells 15,000 barrels per year at $200 a barrel, that comes out to nearly $3 million in revenue per year. Your profits will be about 40% of that once you factor in the cost for ingredients, labor, and other business expenses. So the typical microbrewery could manage to crack $1 million in sales within a few years.

That’s within a few years, though. Like most businesses, breweries are more likely to fail in the initial stages. You can expect to start making good money after about 3 years, once you have built a reputation and diverse drink selection.

Here is a quick detailed breakdown of how much money a hypothetical brewery could make per batch of beer. These costs are estimated for a typical microbrewery that produces fewer than 15,000 barrels of beer per year.

As you can see, the profit margins off a batch of beer are very high and can approach nearly 90% in the best of cases. Keep in mind that these figures are estimations and your actual numbers may differ based on operational costs and regional pricing in your location.

Is Running a Brewery Worth It?

Breweries have relatively high capital start-up costs but they also have fairly high-profit margins because ingredients for making beer are very cheap. Like most businesses, you probably won’t make any real money for the first few years. But after about 3 years, you can expect to turn a tidy profit from your brewing operation.

Unfortunately, though, breweries are like restaurants in that most fail within the first five years. So those first few years might be rough and make you feel like quitting. But if you stick with it, you have a good chance of making good money down the road.

Ultimately, whether running a brewery is worth it depends on your goals. If you are a major fan of beer and want others to experience your creations, then opening a brewery is a great idea for a business.

Breweries have exploded in popularity in the past decade, and there has never been a better time to start one.

So if you are interested, we recommend sitting down and trying to work up a business plan. The more detailed your plan is, the better chance you have of getting funding and the more likely you are to make money. As always, make sure you consider multiple options for space and equipment so you can get the best price.