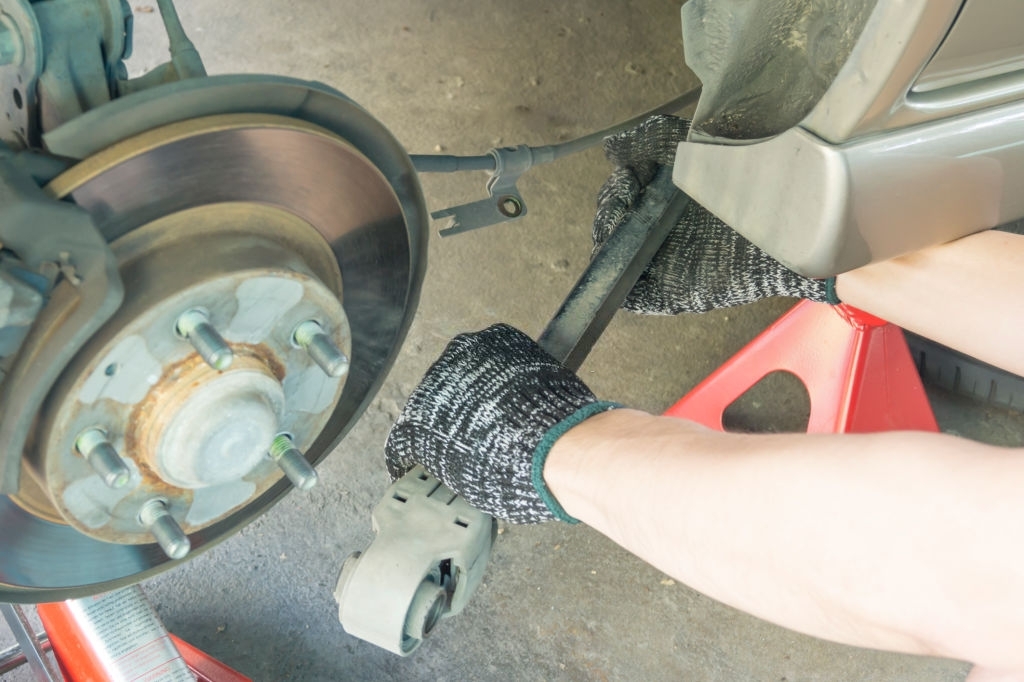 When a bushing is broken, it affects your car’s performance and stability, so you want to get it replaced sooner rather than later. On average, you can expect to pay about $350 to replace one bushing.

So replacing all four bushings on your car would cost around $1,200. The typical price range you can expect is between $200 to $500 per bushing, depending on the make/model of your car and your mechanic’s location.

Luxury brands and high-performance vehicles may cost upwards of $800 per bushing. Several factors are considered into the cost of replacing control arm bushings.

So we put together this comprehensive article on control arm bushing costs. We will talk about replacement costs for various popular models of cars and also talk about part costs.

Control arm bushings are an integral part of your car’s suspension system that works to minimize bumps and vibrations when driving. Bushings connect to the springs in the suspension system and are what allows the car’s wheels to move up and down when going over uneven terrain.

Without bushings, your tires would not be able to react properly to the road, and your ride would be a lot bumpier. More generally, bushings attach to the control arm, which itself attaches to the wheel axle.

Control arm bushings are also closely related to the ball joint, which allows your car’s tires to move side-to-side. These three components—control arm, bushings, and ball joint—collectively work together to provide a smooth riding experience while driving.

You can think of bushings like the cartilage in your shoulder joints. Cartilage absorbs shock and makes it easier to move your arm back and forth. Control bushings do the same for your wheels and tires.

Bushings often take a large brunt of the force from your tires and the ground as they sit parallel to the direction the force travels. As such, they can take a lot of wear and tear over time. Eventually, your bushings wear down and need to be replaced.

How Much Does it Cost to Replace Control Arm Bushings?

You can expect to pay an average of $350 per arm to replace control bushings. The typical price range is anywhere between $200 to $500 per arm. The following table has the average cost per bushing replacement. These figures are estimates, and your actual costs may differ.

The range of bushing replacement costs hovers between $200 on the low end and $500 on the high end. More expensive luxury brands, such as Audi, can cost up to $800 per bushing.

The actual bushing parts are fairly cheap. It is labor that is the most expensive. This is because the mechanic has to disassemble your wheel and suspension to remove the bushing and install a new one.

If you have the know-how, you can buy the parts and replace them yourself to save some money.  You can buy control arm bushings for between $20 to $80per piece, so a set of four would run you anywhere between $80 to $300.

One of the best things about bushings is that many are universal and compatible with a wide range of cars, so you probably won’t have to spend time looking for a specific model.

That being said, some brands, suc as BMW and Mercedes, use signature parts that can’t be switched out with generics. Make sure you understand part compatibility options for your car before buying.

Most of the time, after you replace your bushings, you may need to re-align your suspension system so it is balanced. Fortunately, re-alignment is cheap and shouldn’t cost you more than $100 per session.

To keep your suspension and bushings in good condition, we recommend re-aligning your system once every two to three years.

Depending on the state of your control arms, you may also need to replace your ball joints. Like bushings, ball joints wear down over time and can be damaged by exceedingly rough terrain.

The typical car owner can expect to pay around $350 for a single suspension spring replacement. For all 4 springs, that would come out to around $1,400 for a full replacement.

Generally speaking, you cannot repair suspension springs so you have to replace them if something goes wrong.

The control arms are the main structural support of your car’s suspension system. They hold both the bushings and ball joints. If the mount holding the bushing or ball joint is broken, then you may have to replace the entire control arm.

You can replace a single bottom control arm for anywhere between $100 to $300. Similar to control bushings, the actual arm part is not very expensive. But replacement is labor-intensive as the mechanic needs a special tool to access and remove the arm.

Factors that Affect the Cost of Replacing Control Arm Bushings

Here are the most common signs of broken control bushings.

If you have a broken bushing, the most obvious sign will be decreased stability when driving. If you notice your car vibrating more than usual, or there is a lot of feedback from debris on the road, then one of your control bushings could be kaput.

The control arm bushings absorb shock impact from the road and give your tires room to move up and down. If a bushing is broken, that tire will experience more force than normal. The result is that the treads on your tire can wear down faster. If the sides of your tire treads are uneven, then your control bushing might be the culprit.

Control bushings are not directly connected to your car’s braking system, but they can still negatively affect it. A broken bushing can make braking less efficient, as the control arm can’t absorb any of the force that friction generates on the tires.

Another common sign of a broken control arm bushing is a clunking or rattling sound coming from your tires when you turn. Without the support of the bushing, other parts on your control arm might start to grind against one another.

What do control arm bushings do?

Control arm bushings work to reduce vibration and shock when driving on uneven roads. The arm bushings work with the control arm and ball joints to let the wheels move up/down and side-to-side while driving. Without bushings, your car ride would be much bumpier.

How much do replacement control arm bushings cost?

Generally, parts cost between $100 to $200, while labor costs between $200 to $300. Depending on your car make/model, replacement costs may be higher.

How often should I replace control arm bushings?

The exact lifespan of your control arm bushings depends heavily on how often you drive and what kind of terrain you normally drive on. Assuming you mostly drive on paved roads and drive on rocky terrain infrequently, your control arms should last at least 100,000 miles.

Keep in mind that various things can decrease bushing life space, such as failing to inflate or rotate your tires, or neglecting to tune up your suspension.

Can I drive my car with broken control arm bushings?

A broken control arm bushing will not render your car undrivable, but it can cause other problems. Neglecting a bokeh bushing can damage your entire suspension system and damage your tires, both of which can be very expensive to fix.

So it’s in your best interest to get a broken bushing fixed quickly.

Can I replace only my control bushings?

Sometimes, you can just replace your bushings and leave everything else intact. Generally speaking, you should replace all four bushings at the same time to keep your suspension as even as possible.

How long does it take to replace control bushings?

Mechanics normally need a special tool to access the control arms and attachments, which adds extra labor time and costs. It should take a pro between an hour to two hours to change a bushing, depending on your car and the extent of the damage.

So it can take anywhere between four to eight hours to change out a set of four.

Control bushings are an important yet underappreciated part of your car’s suspension system. Many people don’t even know they exist, so when there is a suspension problem, they don’t know what’s wrong.

Bushings are relatively cheap to replace compared to other car parts, but the costs can add up quickly as you normally have to replace all of them at once.

So, when shopping around for control arm bushing replacements, make sure you get quotes from several mechanics to compare prices. You can most likely save $50 to $100 just by finding the right mechanic.