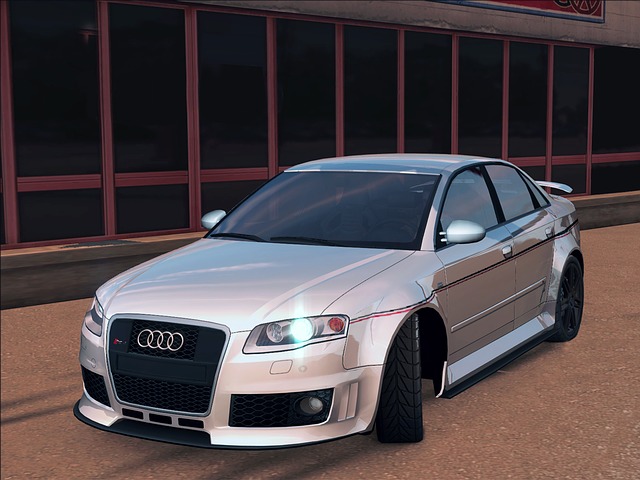 If you have been having issues with your Audi A4’s engine, you have a couple of options when it comes to repair. While some people opt to replace the engine entirely, others choose to rebuild it in order to save money. But, how much does an Audi A4 engine rebuild cost, exactly?

Depending on several factors, your Audi A4 engine rebuild could cost anywhere from $500-$4,000. Rebuilding an engine takes a lot of work, so labor costs will be high for a professional job. However, if you have the tools and skills to rebuild the engine yourself, rebuild kits are available for $350-$500.

Below, we will discuss everything you need to know about rebuilding your Audi’s engine. In addition, we’ll highlight the advantages and disadvantages of rebuilding vs. replacing your engine.

How Much Does an Audi A4 Engine Rebuild Cost?

The cost of your engine rebuild will vary significantly based on your unique circumstances.

Some factors that influence the total cost include

How Much Does a Professional Audi A4 Engine Rebuild Cost?

A professional engine rebuild will almost always be more expensive than a DIY engine rebuild. Typically, the job will take between 15-25 hours, so you will need to account for very high labor costs. This alone could run you between $1,100-$3,100.

Many people opt to visit the Audi dealership for their engine rebuild. While they do typically charge higher prices, they also often offer a warranty on their work. Visiting an independent mechanic will reduce your overall cost, while visiting the dealership will protect your investment.

How Much Does a DIY Audi A4 Engine Rebuild Cost?

When you do your engine rebuild yourself, you cut out all of the labor costs. It is a labor-intensive process, but you will spend a lot less money in the end.

Depending on the extent of your engine damage, your total cost will likely be under $1,000. In fact, you may be able to purchase an engine rebuild kit for as little as $400. Engine rebuild kits are typically the best option, because they include most of the things you need at a lower cost.

How Much Does an Audi A4 Engine Rebuild Kit Cost?

Many people choose to purchase an Audi A4 engine rebuild kit instead of shopping for individual parts. These kits typically include most of the components that will need to be replaced during an engine rebuild.

Some of these parts include

After purchasing one of these kits, you may need to buy additional components if your vehicle needs them. However, engine rebuild kits often do wonders at reducing the overall cost of this project.

What is Involved in an A4 Engine Rebuild?

An engine rebuild involves completely removing, disassembling, and cleaning your engine parts. Each part is inspected as it is removed, and anything worn or damaged will be replaced with either new or refurbished parts. In severe cases, it may also involve machining parts that have been warped.

The scope of an engine rebuild can vary widely. Some engines only require minor replacements. Others, however, will need to have larger components repaired or replaced.

The following items are some common replacements involved in an engine rebuild.

If your engine has severe damage, you may need to replace larger components. These include the camshaft, crankshaft, and pistons.

Is Rebuilding an A4 Engine Worth It?

Whether or not it will be worth it to rebuild your A4’s engine depends on several factors. For example, consider the current mileage and value of your vehicle.

Rebuilding an engine is not a cheap job, and if your vehicle is over 10 years old, the cost may outweigh the value of your car. Consider any estimates you receive from mechanics for your engine rebuild, then compare them to your vehicle’s value.

Rebuilding vs. Replacing Your A4’s Engine

Some people choose to rebuild a damaged engine, while others opt for a full replacement. There are advantages and disadvantages to both options. The best choice for you depends on your specific situation.

When Rebuilding is Best

Rebuilding is the best option when the value of your vehicle is still high. It is also a better choice when there’s only minor damage to your engine.

Replacing the engine is often more expensive than rebuilding it. The average cost of a new Audi A4 engine is about $6,000, while an engine rebuild typically costs $4,000 at most. If there’s no severe damage to your engine, a rebuild is much more economical than a replacement.

In addition to factors like these, you should consider your engine’s compatibility with your vehicle’s ECU. Your vehicle’s ECU is programmed specifically to communicate with the original engine, so you may have problems if you replace the engine.

After replacing the engine, you may notice that your vehicle is still having issues. The ECU may be having trouble communicating with the new engine. If this happens, the ECU will need to be either reprogrammed or replaced.

When Replacement is Best

A replacement is also often best if your vehicle’s value is low. If you ever choose to sell your A4, an older car with a brand-new engine is often much more appealing than one with a rebuilt engine.

Sometimes, rebuilding and replacing will cost approximately the same amount. In this case, replacement is also a better choice.

Can You Rebuild an A4 Engine Yourself?

Rebuilding an engine is one of the most complicated car repairs you can make. However, it is possible to rebuild your own engine. Just make sure you have the knowledge, skills, and tools to do so.

The exact difficulty will depend on how severe the damage is. Before you begin, make sure to do some thorough research on the engine removal and rebuild process. If it seems like something you can take on yourself, rebuilding your engine could be a great way to test your skills.

To successfully rebuild an engine, you will need to remove quite a few vehicle components and carefully clean and inspect each individual engine part. As you finish inspecting each part, put them into two different piles: one for items you’ll put back into the engine, and one for items you need to replace.

An engine rebuild will take between 15-25 hours just for disassembly, cleaning, and inspections. You may also need to special order certain parts. Although it is a huge undertaking to do yourself, it will likely save you a lot of money in the long run.

As your Audi A4 ages, the engine will inevitably wear down. If your A4 has gotten to the point where it needs an engine rebuild, make sure you are aware of how much this will cost.

A DIY engine rebuild could cost as little as $500 in total. However, not everyone has the skills or tools to do this on their own.

If this is the case, you may want to opt for a professional rebuild. This will be much more expensive, costing between $2,000-$4,000 in total.