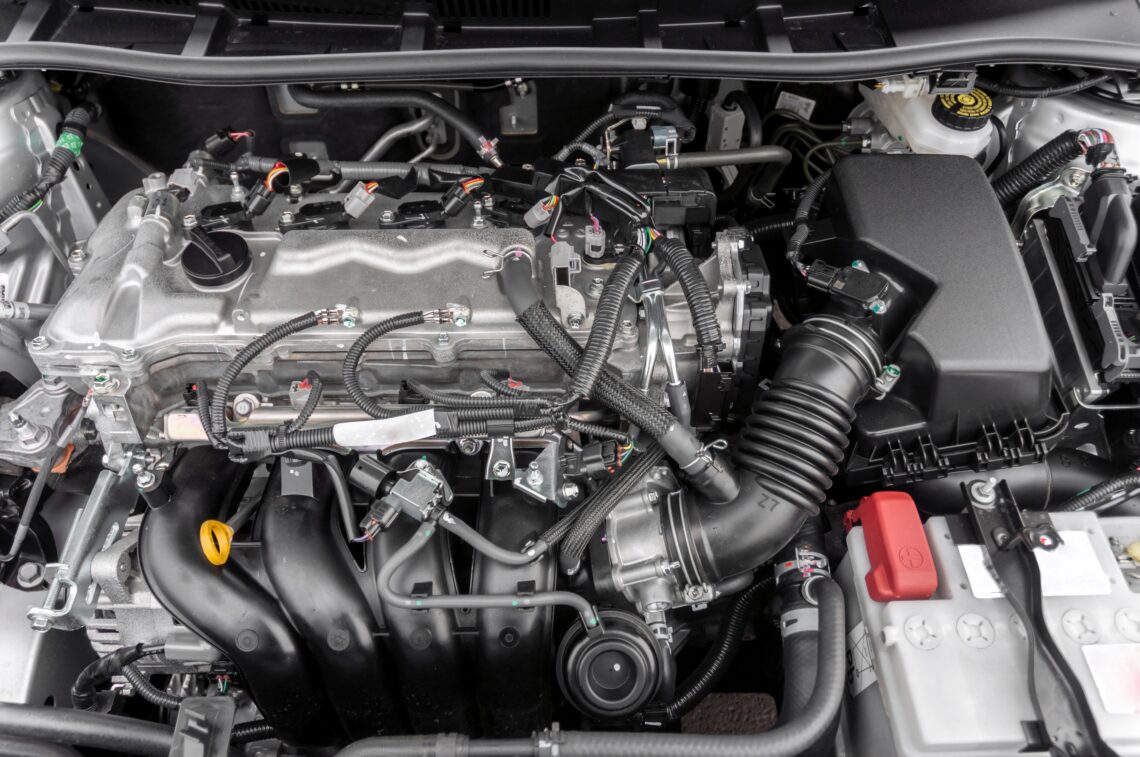 Issues with the 6.0 Powerstroke engine over the years have been increasing. From EGR system clogging to head gasket failures and fuel injection control module failure, this Powerstroke engine is still causing problems for users since its 2003 release.

Despite the discontinuation of this engine, some people are still using it and may want to rebuild it so it functions properly. If this is the case for you, then you likely need to know how much this rebuilding project will cost you.

On average, the cost of a 6.0 Powerstroke diesel engine rebuild is going to be around $7,500. Or, if you choose to get this engine rebuilt from a parts kit, a parts kit will cost you about $2,165 on average.

On the other hand, if you pay for professional labor to install it, you’re looking at an average total of about $8,820 or $3,485 (engine core plus labor or kit plus labor, respectively).

In this guide, we will break down the costs involved in each method of rebuilding the Powerstroke engine, including DIY installation and professional installation (parts plus labor).

Further, we’ll discuss ways you can save money on this rebuild project, compare prices among different manufacturers, and explain the long-term costs of this rebuild.

To break down the costs of rebuilding a 6.0 Powerstroke engine (or getting a rebuilt engine installed), we’ll need to compare the cost of this project in its different methods.

First, we’ll break down the costs of parts alone (which you can do either by buying a parts kit or a complete engine core).

Then, we’ll discuss the cost of parts plus labor for both kits and engine cores, which many people will likely resort to if they do not possess mechanical or auto repair skills.

You’ll notice in this cost breakdown that, overall, the cost of a kit is much less than an already-built engine core.

Further, the cost of DIY rebuilding the Powerstroke engine is far less than the cost of having a professional mechanic do so.

While not everyone will be able to go this route, it could save you a significant amount of money on the job. First, let’s tackle the cost of parts alone in the form of a rebuild kit.

Below, you’ll find several differing price quotes for 6.0 Powerstroke diesel engine overhaul rebuild kits, which allow you to DIY this rebuild from scratch.

Take a look at the prices for major retailers of this kit, comparing their features and the different Ford models they are compatible with. We’ve found an average kit cost of around $2,165, based on the following quotes.

This kit comes complete with pistons, bearings, plugs, rings, and all other parts necessary for a complete engine rebuild. It is made compatible with any Ford Powerstroke diesel engine from 2003-2010.

A step above the DDPM overhaul rebuild kit is the ultimate rebuild kit, which costs $2,999.

The ultimate kit has the same parts size customizations that the regular rebuild kit has, but with this kit, you get some extras, such as the complete set of cylinder head castings Oringed.

This kit is compatible with all Ford Powerstroke diesel engines made between 2003-2010.

It’s compatible with standard – 0.030 piston sizes and comes with a two-year warranty.

The other option for buying parts is to buy the complete engine core. In this scenario, you’d be on the market for a 6.0 Powerstroke diesel complete engine.

According to eBay auction sale prices, the average cost of the complete engine is around $7,500 when buying this engine unused.

Blackwater Engines sells the 6.0 Powerstroke diesel complete engine for a hefty price of $3,200.

It comes with a two-year unlimited miles warranty (to use at any Ford dealership), as well as options to upgrade for several hundred dollars.

Diesel Redemption sells the 6.0 Powerstroke diesel complete engine for an even higher price of $5,499.

J&K also offers the Powerstroke engine, but these ones are only listed as compatible with 2003-2007 Ford Super Duty trucks or E-Series vans.

The other way to go about a Powerstroke engine rebuild is to pay for skilled labor. Some people aren’t able to rebuild their engines themselves, so resorting to working from an auto body shop is the typical route most people take.

The cost of this method must factor in the cost of parts as well as labor. You’ll either pay for a rebuild kit plus labor or a complete engine plus labor.

Below, we’ll explain and break down the costs of both methods.

The cost of a rebuild kit plus the labor is going to be cheaper in most cases than the cost of a complete engine plus labor.

However, you must consider that it may take more hours for an auto repair shop to rebuild from a kit, which could increase your cost of labor overall.

First, we need to establish the average cost of labor for an engine rebuild project. At most auto body shops, you are going to be looking at around 11 hours of paid labor that you’ll have to pay for.

On the other hand, you may find that the best option is to buy the complete engine and pay for the auto repair shop to install it for you.

We then find that to pay for a complete engine and the cost of labor, you’re looking at an average price of $8,820).

What Is the Cost of Replacement Long-Term?

Although the cost of rebuilding or buying a rebuilt 6.0 Powerstroke diesel engine is quite pricey, venturing into the thousands, you likely won’t have to pay this cost too often.

Most people want to know the long-term cost of an engine, but the good thing is that once you replace your Powerstroke, it will be equipped with the proper parts and should last you a long time.

Ford 6.0 Powerstroke engines have an estimated life expectancy of 200,000-300,000 miles. For most people, this is more mileage than they’ll ever put on a car.

But for Ford truck owners, this type of mileage may be typical if you use your truck frequently for work.

Considering, though, that even most trucks don’t last longer than 200,000-300,000 miles, you can safely say that you’ll probably only pay for this rebuild once (twice at most) in a truck’s lifespan.

That is, of course, as long as you don’t face engine failure due to unforeseen circumstances.

How to Save Money on a 6.0 Powerstroke Engine Rebuild Project

When it comes to auto repairs, there are always ways you can achieve a more budget-friendly cost if you look in the right places.

For the 6.0 Powerstroke engine, you can cut costs with a few measures, even if you aren’t able to do free labor on your own.

One obvious way to save on costs is to get free labor by doing it yourself.

Or, if you find that you don’t know what you’re doing, perhaps you have a relative or friend who is knowledgeable about auto repair work and will agree to help you for free or for a small fee.

An engine is one of the most important, crucial components of an automobile, so you want to do this correctly if you’re going to do it at all.

Note that if you DIY this rebuild project, you could be saving around an average of $1,320 on what you would otherwise pay for skilled labor (according to our determined average mentioned above).

Another clever way to save money, albeit indirectly, is by purchasing an engine or engine kit that comes with a one- or two-year warranty.

Manufacturers who offer this type of deal often boast of a warranty that lets you get the engine replaced for free at a Ford dealership within a certain time frame of purchasing, should you need to.

While it won’t cut costs right away, it may save you quite a bit of money down the line if something ever goes wrong with your Powerstroke engine.

Although you aren’t guaranteed to get a great deal just by browsing the internet, one way you can save money with online orders is by using price comparisons.

Shop around to find the best deals offered by different manufacturers before making a purchase.

You may even consider using a browser extension that automatically scans websites for current deals or promo codes that could just save you a percentage.

From passenger cars to electrical generators, diesel engines power a wide array of machines and equipment. So, when these machines inevitably break down, it’s important to have an understanding of the total diesel engine replacement cost.

In this article, we will explain a little about how diesel engines work. We will also go over the average diesel engine replacement cost for various common situations.

Generally speaking, a turbocharged diesel engine will produce far more torque per RPM compared to a forced-induction gasoline engine of the same size. This fact results in far more power and a far higher range per unit of fuel burned when compared to gasoline.

Also, because of the fact that diesel engines are compression-based, they have to be built to much stronger standards than spark-driven gas engines. This results in diesel engines being more powerful, more reliable, and more efficient than gasoline engines.

How Much Does a New Powerstroke Engine Cost?

A rebuilt Ford 6.0 Powerstroke diesel engine costs around $7,500. To have a professional install it, the labor charge is going to be about $1,500. So, the total replacement cost for a 6.0 Powerstroke engine is generally somewhere around $9,000.

If you can do the work yourself, however, then you can expect to spend about $2,500 dollars in parts for everything you need to rebuild your 6.0 Powerstroke engine. Doing the work yourself can save you thousands, but it requires thousands of dollars worth of tools to be able to do it.

How Much Does A Duramax Engine Cost?

The replacement Duramax engine itself will cost about $5,000. Depending on where you take it, however, expect to pay between $5000 and $1000 for labor. Replacing a diesel engine is a complicated process that requires a lot of time, training, and special equipment.

Most Ford truck owners who bought their vehicle during release years starting around 2003 find that their engines have subpar performance.

Due to the flaws in manufacturing Ford 6.0 Powerstroke diesel engines in the 2000s, Ford owners find themselves needing to rebuild or buy completely rebuilt engines for their trucks.

From our research, we found that, on average, it will cost you either $2,165 or $7,500 (rebuild kit or a complete engine, respectively) for parts alone to DIY rebuild the engine.

Further, if you choose to get professional rebuilding, it will cost you an average of either $3,485 or $8,820 (rebuild kit plus labor or complete engine plus labor, respectively).

Note that an engine rebuilds for a Ford truck isn’t typically necessary more than once or twice in the truck’s lifespan, so the lifetime cost of this project is usually equal to or double the figures in this cost guide.

Be sure to compare costs and look for all possible deals and discounts before choosing your 6.0 Powerstroke rebuild option.